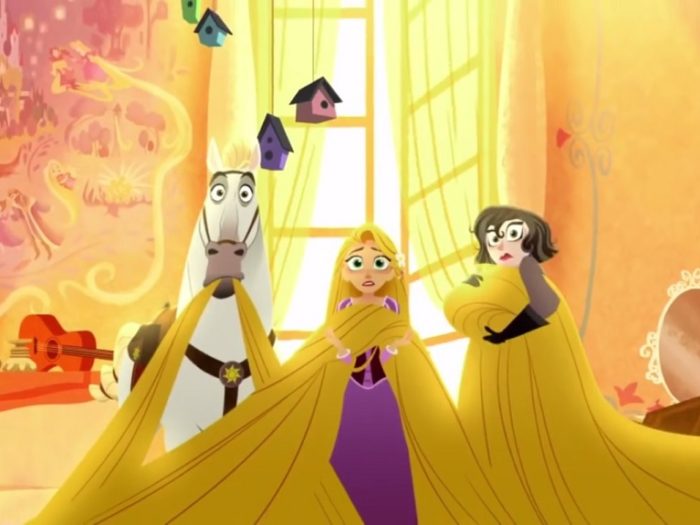 The first trailer for the Disney Channel Original Movie “Tangled: Before Ever After” is here. Although it takes place after the movie, and before the “Tangled Ever after” short, you’ll notice that Rapunzel’s hair has grown back (because of course it has). That’s sort of explained in the trailer.

Yep, Flynn Rider (aka Eugene Fitzherbert) and many of your favorite characters from the movie are back. As we posted earlier, many of the original voice cast will be returning, including Mandy Moore and Zachary Levi. That’s Disneyland and Broadway alum Eden Espinosa as the new character Cassandra, Rapunzel’s handmaiden and friend.

After this DCOM there will be a TV series, Tangled: The Series, as well. The animation style in the DCOM and the series is the same, not the 3D CGI animation of the movie, but something closer to Kim Possible, if set in the fantasy-era.

We have to wait until March for the movie and the series. But we really can’t wait, why must Disney torture us so?

1 thought on “Rapunzel’s hair grows back for Tangled sequel”