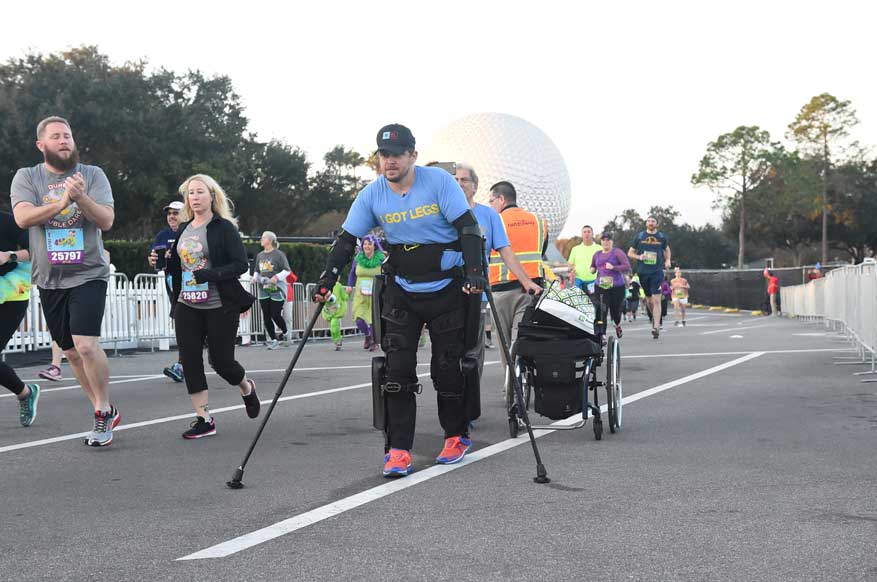 This was Walt Disney World Marathon Weekend and as always it’s full of people doing inspirational things. I’ve lost count of the great stories I’ve seen on Facebook and Twitter. To me it doesn’t matter if someone is trying to just lose weight and running their first 5K or can maybe it’s their first marathon after overcoming some life-threatening challenge. They’re all amazing winners

But there is one story coming out of the weekend that rises above them all. Adam Gorlitsky, of Charleston, S.C. took part in the Walt Disney World 5K on Thursday despite being paralyzed from the waist down. With a throng of spectators cheering him on along the way, Gorlitsky, 30, participated in a portion of the 5K with the use of a robotic suit that enables him to stand and walk.

Gorlitsky lost his mobility 10 years ago when his spine was severed at the T9 level in a car accident. He was told by doctors that he would never walk again. 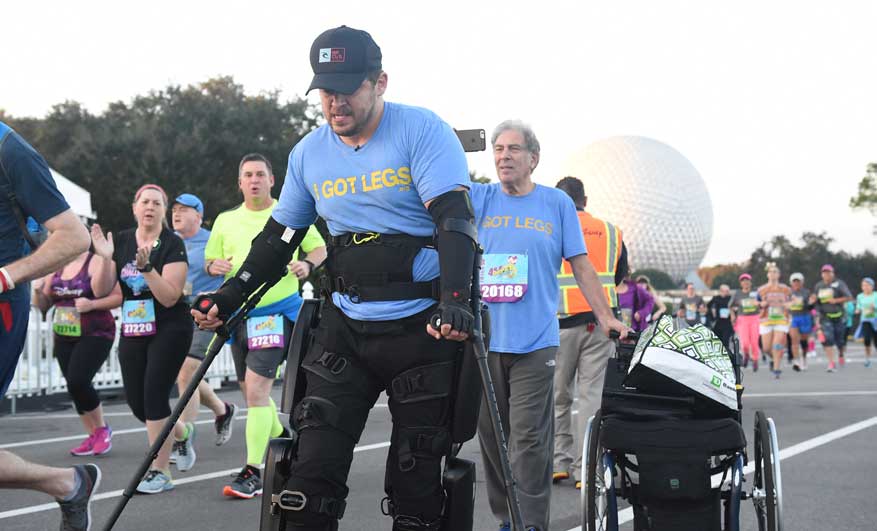 But his prospects changed dramatically in recent years when he was chosen as a candidate for the wearable exoskeleton machine that allowed him to stand and walk again for the first time since the accident. Since April 2016, he has walked in a few races using the suit, challenging what it means to be a paraplegic. This weekend, Gorlitsky will participate in not one, but in parts of all four races of the Walt Disney World Marathon Weekend presented by Cigna.

Sure the Half-Marathon was canceled, but what we should remember from this weekend is the accomplishments of Gorlitsky and the team behind his robotic suit. That’s the future calling.