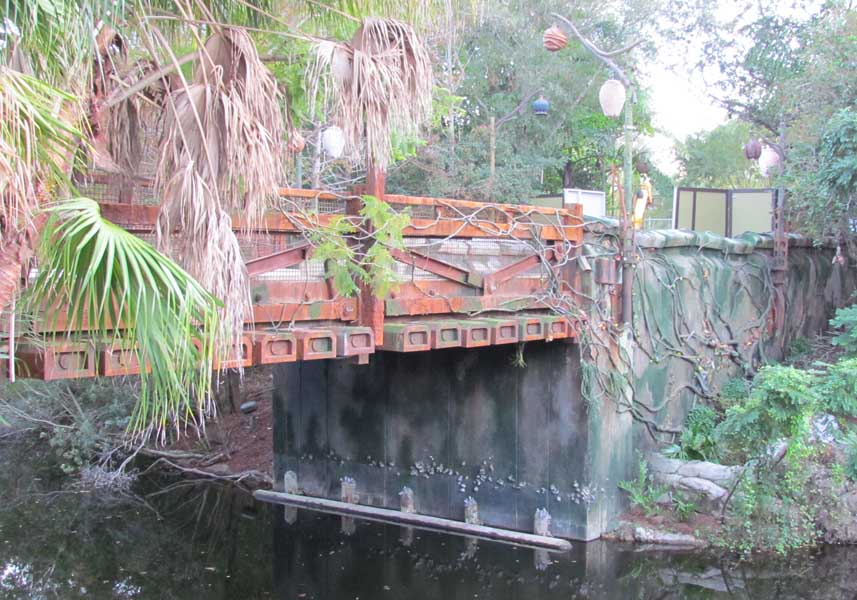 Yesterday we had a unique view of what’s on the inside of the construction wall for Pandora – The World of Avatar courtesy a few minutes of video that aired during the Disney Christmas Celebration on ABC. But you don’t have to cross behind the walls at Disney’s Animal Kingdom to see an example of how impressive and immersive the theming will be in Avatar-land.

The story of Avatar follows the attempted conquest of an alien planet, Pandora, by humans for the purpose of harvesting the rare ‘unobtainium’ mineral. The Disney theme park version picks up on Pandora some time later after those aggressive humans were shown the door. What’s left is an organization that is attempting to help the planet reclaim the valley most severely impacted by the human incursion.

As part of the area, guests will see Na’vi artifacts, strange and alien plant life, the famous floating mountains, and a theme common to other lands in Disney’s Animal Kingdom – how nature encroaches on man-made elements.

You can see some of those elements in the bridge, which will serve as the transition from Discovery Island to Pandora – The World of Avatar. The bridge itself is obviously of human construction, but already you can see nature, in the form of alien plants and vines taking over part of the bridge. Atop the bridge are alien looking lights and poles. 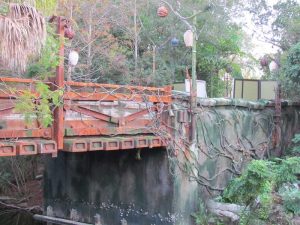 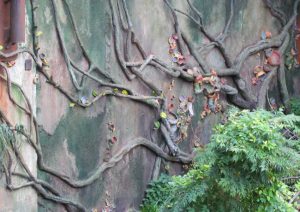 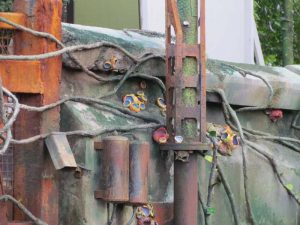 Love the mix of tech and nature here. Check out bark pattern on pole 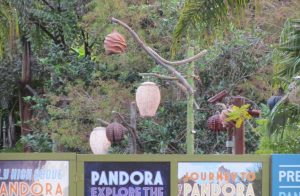 Some Na’vi lights on the bridge 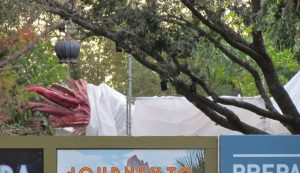 Finally, under that white tarp is a giant red alien plant, and possible the sign marking the entrance to Pandora – The World of Avatar.

What do you think of this first look at some of the Pandoran plant life and Na’vi artifacts? What about the name?