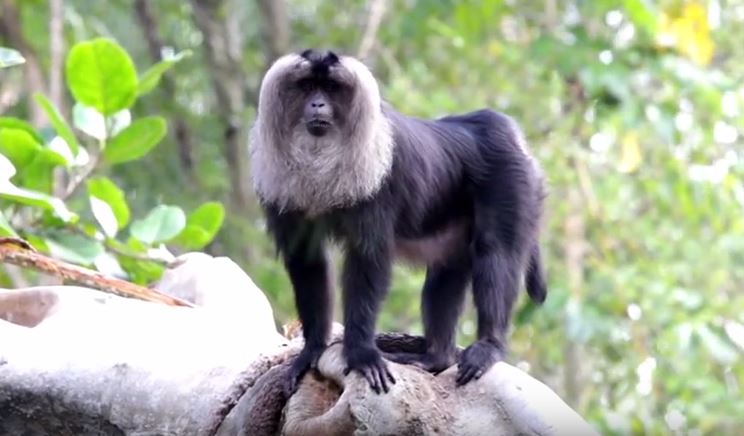 For the first time at Disney’s Animal Kingdom you can see rare lion-tailed macaques. The next time you visit Disney’s Animal Kingdom, trek on over to Maharajah Jungle Trek to see and learn more about these fascinating animals. Disney cast members will be on hand to help you learn about the macaque and discover the many ways we can work together in North America to support long-term conservation efforts for this important species.

The Macaque is an old world Monkey found primarily in southwestern India. Disney’s group is comprised of one male and three females. The new exhibit includes multiple levels and places for climbing. It looks fantastic, don’t you think?

With the financial help of guests like you, The Disney Conservation Fund has supported the Wildlife Conservation Society’s (WCS) efforts to protect lion-tailed macaques in the rainforests of southwestern India. The WCS team is using indigenous knowledge to map the distribution of macaque populations, researching threats to the species, and hosting rural education programs on macaque ecology and conservation.

Which animal exhibit at Disney’s Animal Kingdom is your favorite?

previousHow different a film was Rogue One: A Star Wars Story before the re-shoots? We look at the clues.
nextWalt Disney Studios sets global box office record crossing $7 billion