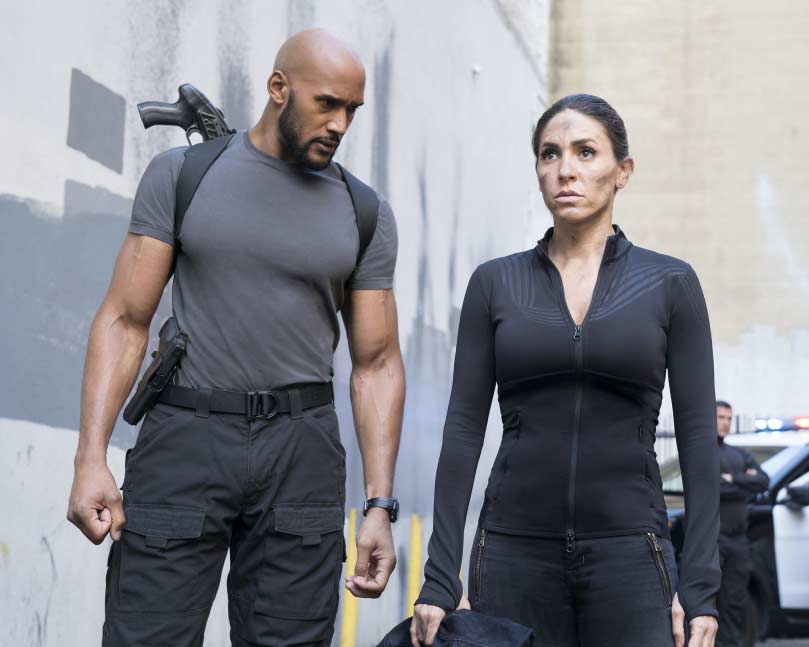 This week’s episode of Marve’s Agents of SHIELD starts with SHIELD having located Eli and his men. Coulson wants to use Daisy, Robbie and Yo-Yo to go after them. Director Mace suggests using Aida because she was able to pull Coulson and Fitz out of the other dimension last week. Coulson agrees and even reveals Aida’s true nature to Mace, hoping that Mace will give him something else later.

Daisy, Robbie and Yo-Yo attempt to go into the building but Yo-Yo sets off a fire trap. Not being affected by fire, Robbie goes in by himself. He finds what Eli has built, a battery/fuel source called the Demon Core. If it comes in contact with fire, it will explode. Unfortunately, Robbie’s comms are down and the team can’t warn him not to let the other guy out.

Mace decides that he wants to be a part of the mission and wants to send Yo-Yo in to retrieve the nuclear bomb that Eli has built. Mack pushes back which cause Coulson and Mace to have a heart to heart about trust and the secrets everyone has been keeping, including Mace’s deal with Senator Nadeer.

Meanwhile, Fitz figures out that Eli is not creating matter out of nothing but that he is stealing it from the other dimension making it unstable and causing more and more earthquakes.

The team confronts Eli and a fight ensues while Fitz-Simmons, Daisy and Aida attempt to destroy the bomb. Just before the bomb is sucked into the other dimension, Robbie, as the Ghost Rider, pulls Eli into the cube with him and they both disappear with the bomb.

Daisy absorbs so much energy that she has to release it, revealing herself and her involvement with SHIELD.

Director Mace uses this opportunity to invite Daisy back as an agent. He also tells Dr. Radcliffe that his LMD research will be transferred to SHIELD and that he’s sent an agent to Radcliffe’s house to get it.

At the house, the agent stumbles upon something in a closet and Aida comes out and kills him. In the final scene, we see what that something was: Agent May, which means the Agent May that is at SHIELD is a Life Model Decoy.

Come January, we’ll find out what happens next but until then, what do you think of the season so far?