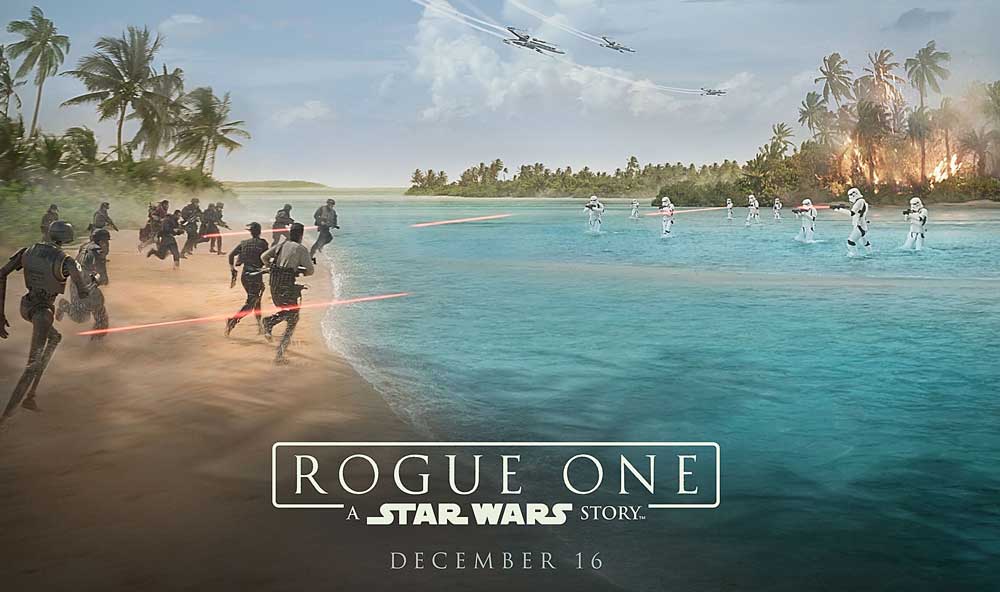 If it’s not live streamed on the internet somewhere, did it really happen? We won’t have to wonder for “Rogue One: A Star Wars Story.” Disney announced today it will be partnering with People magazine and Twitter to live stream an exclusive special “Rogue One: A Star Wars Story” event. The special will feature new content from Rogue One and a Q&A with the director and the film’s cast.

Live coverage will start on Friday, December 2nd at 1pm ET, streaming from a surprise location. The live stream will be available worldwide via RogueOne.twitter.com, in Twitter Moments and through @StarWars and @people.

The live event will give Star Wars fans a sneak peek of the highly anticipated film ahead of its December 16 release date, and will include behind-the-scenes commentary during a live discussion with Director Gareth Edwards, Lucasfilm President and Producer Kathleen Kennedy, and cast members including Felicity Jones, Diego Luna, Ben Mendelsohn, Donnie Yen, Mads Mikkelsen, Alan Tudyk and Riz Ahmed. The Q&A will be hosted by People’s Deputy Editor, JD Heyman. Fans can submit questions on Twitter for the cast to answer during the event by Tweeting with #AskRogueOne. Fans can also Tweet with the following hashtags and a Star Wars Twitter emoji will automatically appear: #RogueOne, #DeathStar, #StarWars and #StarWarsRogueOne.

“People come to Twitter to see what’s happening in the entertainment world, and the conversation about movies, especially Star Wars, is constant on Twitter,” said Anthony Noto, COO at Twitter. “Our collaboration with Disney and People will give fans fresh and exciting live Star Wars content that they can view and Tweet about all on the same platform.”

“Disney and Lucasfilm are always seeking out innovative ways to tell great stories and engage with fans around the world,” said Ricky Strauss, President, Marketing, The Walt Disney Studios. “We’re thrilled to join forces with Twitter and People to create this can’t-miss Rogue One event that gives Star Wars fans a behind-the-scenes peek at one of the most talked-about movies of the year.”

“People is thrilled to participate in the celebration of the latest release in the iconic Star Wars franchise,” says Jess Cagle, Editor in Chief, People. “We have been covering Star Wars since the very first film hit theaters in 1977; our audience can’t get enough of it.”

People is also releasing a special newsstand edition on Nov. 30 called Star Wars: The Secrets of Rogue One, featuring a VR bonus including goggles, in addition to the original People Special — Rogue One: A Star Wars Story, which is premiering Nov. 30 on the People/Entertainment Weekly Network (PEN).