Rivers of Light previews for cast of Disney’s Animal Kingdom 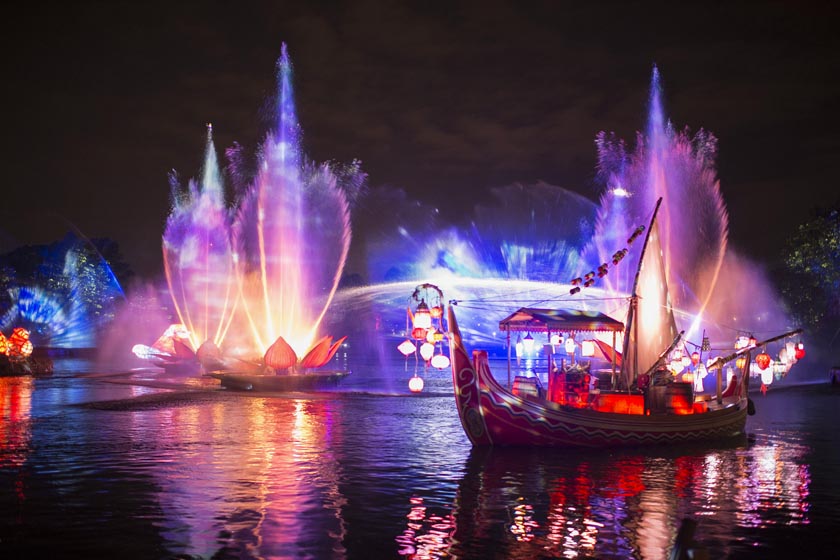 Last night there was a cast “friends and family” preview of “Rivers of Light” the high-concept water pageant that has had a troubled launch phase. No photography or video was allowed, so we have to rely on the reviews of those who were there. The general consensus is that those expecting a high energy water show like DCA’s “World of Color” will be disappointed, but if you’re open to something that’s a little slower, high on visuals, and featuring some new technological achievements, then you’ll find a lot to love.

The story of “Rivers of Light” is original to the park and does not feature any Disney movies or existing stories. It features only a few human actors and focuses mostly on the water and projections on the trees along the back of the river. The show is about 18 minutes long (which is long for a night-show at Disney)

The show was originally supposed to open in April, but was delayed due to technical problems, largely rumored to getting the floats to navigate autonomously. Indeed, a problem with the floats caused even this cast preview to have to reboot. But they did managed to get a complete show off.

So the big question is, when will “Rivers of Light” debut for guests? As of last night, there were no dates available on Disney’s website. When it does start, expect it to be all standby at first, but once official dates are added to the calendar, a Fastpass or dinner package is probably your best bet for seeing the show.

Here’s video from the 5-minute media preview back in April. We’ll have more as soon as we can

How excited are you to finally see “Rivers of Light” at Disney’s Animal Kingdom?