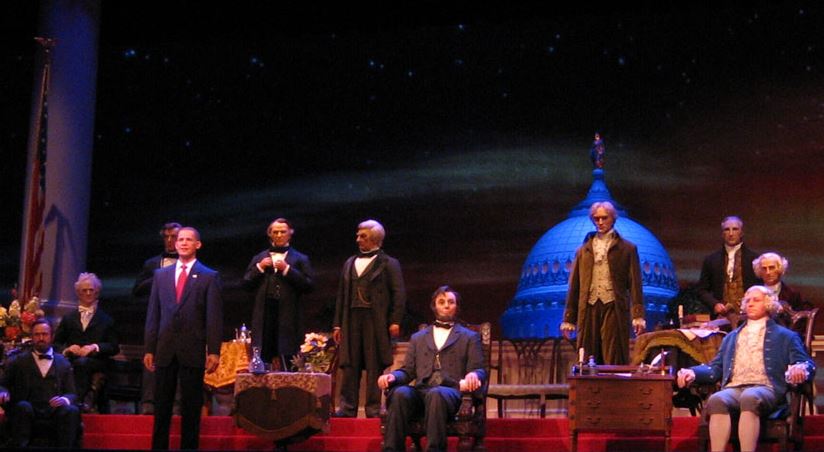 The results of the 2016 Presidential Election are still unknown, but we do know one thing, since President Barack Obama is limited to 2 four-year terms, there will be a new president for the United States of America and a new audio-animatronic added to Walt Disney World’s Hall of Presidents attraction.

Whether it’s the second Robot Clinton or the first Robot Trump depends on voters, but Walt Disney World has already scheduled 6 months of refurbishment starting in January of 2017 to make the change.

A great example of how Disney makes ‘edutainment’ magical, the Hall of Presidents show was rebooted after the election of President Obama to include a new focus on the ties of the White House to the people of the nation. Not to mention fabulous narration by Morgan Freeman.

Disney hasn’t announced why it will take six months to install a new audio-animatronic. But I imagine their giving themselves time to install a new show should Hillary Clinton be elected as the first ever woman President of the United States.

While Disney’s famed Imagineer Sculptor Blaine Gibson did all the likenesses through George W. Bush. Blaine’s protégé Valerie Edwards sculpted Barak Obama’s likeness. As Edwards remains Disney’s current head sculptor, you have to imagine that she’ll be working on the bust of whomever wins.