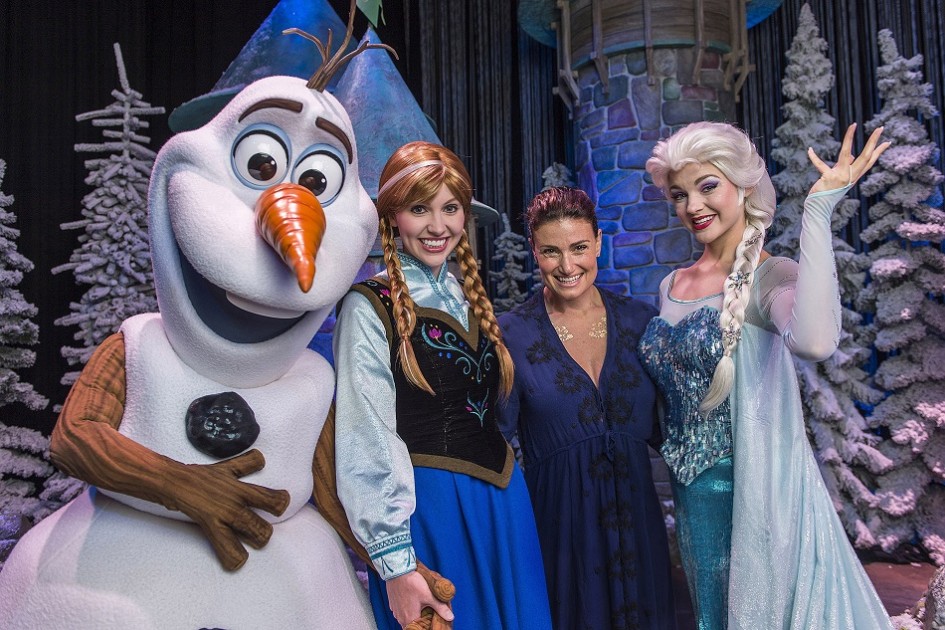 Miley Cyrus seems to have recovered just fine from her experimental period following her exit from the Disney Channel mega-hit “Hannah Montana.” In addition to a successful music career, she’s a coach on this season of NBC’s “The Voice” and is filling in on the talk show “Ellen” while DeGeneres is under the weather. By most accounts she did an awesome job.

In the following clip from the show, Cyrus bonds with Idina Menzel, Broadway star and voice of Elsa in Disney’s “Frozen,” over their relationship with the vast entertainment machine that is Disney.

They talk about Menzel’s son and whether he likes Ellen’s “Finding Dory” better than Menzel’s “Frozen.” They also dish on the petition to have Else have a same-sex partner in the sequel.

I love where Menzel says she’s a “servant of Disney” and Cyrus responds, “Honey, trust. That makes two of use. Welcome. No one knows that better than me, baby.”

Have you followed Cyrus’ career since she departed the Mouse House? What do you think about the potential for a Frozen sequel. Is it time to just let it go?