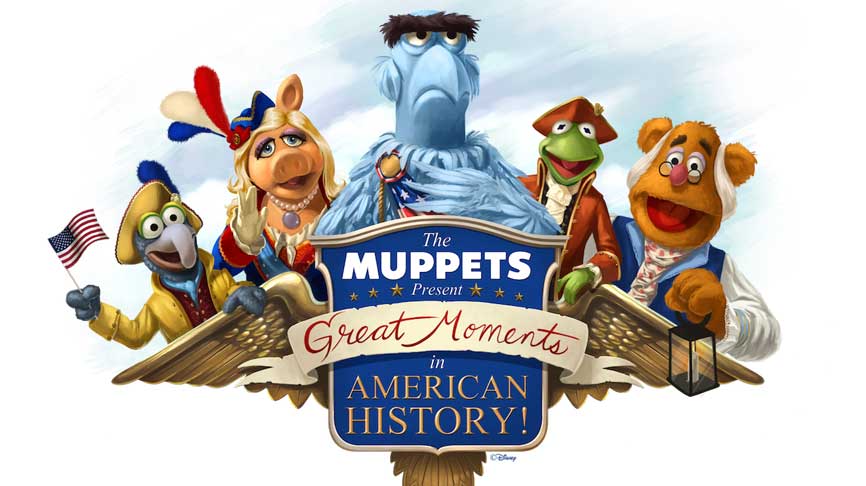 We now have a date and a bit more information on the new Muppets show coming to the Magic Kingdom. Sam Eagle, Kermit the Frog, Miss Piggy, Fozzie Bear, and the Great Gonzo will appear beginning October 2 for the new live show “The Muppets Present… Great Moments in American History.”

The show will feature the Muppets and host J.J. Jefferson, town crier of Liberty Square, and is scheduled to occur several times throughout the day just outside The Hall of Presidents at the Heritage House (which was a history focused store, a Fastpass center, and most recently indoor dining for Sleepy Hollow).

There are at least two different shows you may encounter. According to Disney, one show provides the Muppets’ “unique take on the founding fathers as they recount the tale of the signing of the Declaration of Independence.” Expect new songs and plenty of the Muppets brand of wacky humor. The second announced show includes a Muppet version of the midnight ride of Paul Revere. Lots of hysterical historical potential there. Sounds pretty good so far.

October 2nd is right around the corner. I’m looking forward to having more Muppets in the park, I just hope this doesn’t create too many problems with guest traffic flow in the area. Are you planning to see this new show on your next visit?