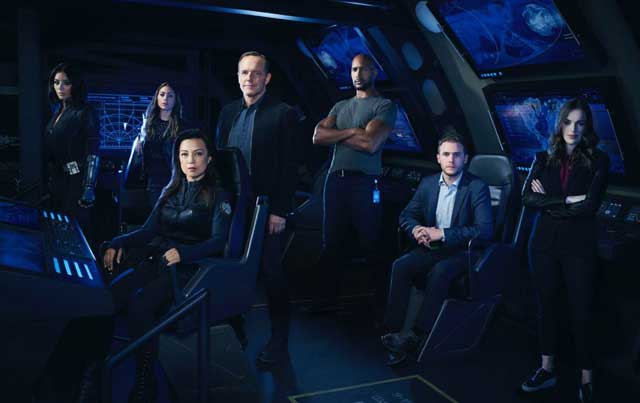 Face front True Believers! Marvel’s Agents of SHIELD returns tonight and lots of changes are in store for our favorite team of secret agents.

Here’s the synopsis for tonight’s episode:

“In light of the Sokovia Accords, and with Hydra obliterated, S.H.I.E.L.D. has been legitimatized again and no longer needs to operate in the shadows. Since the world presumes that Coulson is dead, the organization needed a new Director to be the face of the organization. Coulson finds himself back in the role as an agent and teamed with Mack, and together they are tasked with tracking down and confirming the presence of Enhanced people, aka Inhumans. They have been trying to track down and capture Daisy, aka Quake, who has gone rogue in an attempt to atone for sins from the past. But with the world believing that Daisy is a dangerous outlaw who has taken down banks and bridges, the new Director has no qualms about taking her down for good. Agent May is tasked with training specialist strike teams, and Fitz and Simmons have taken a big step forward in their relationship. But with Simmons’ new promotion as Special Advisor to the Director in Science and Technology, Fitz, as well as her former team members, finds it hard to confide in or trust her since she’s now the Director’s confidant.”

And a video clip the whet your appetite:

We will also be introduced to Robbie Reyes, aka Ghost Rider which I am really looking forward to. This season looks like will be a deeply personal one for Coulson and his team as they hunt for their former teammate in the aftermath of Captain America: Civil War. 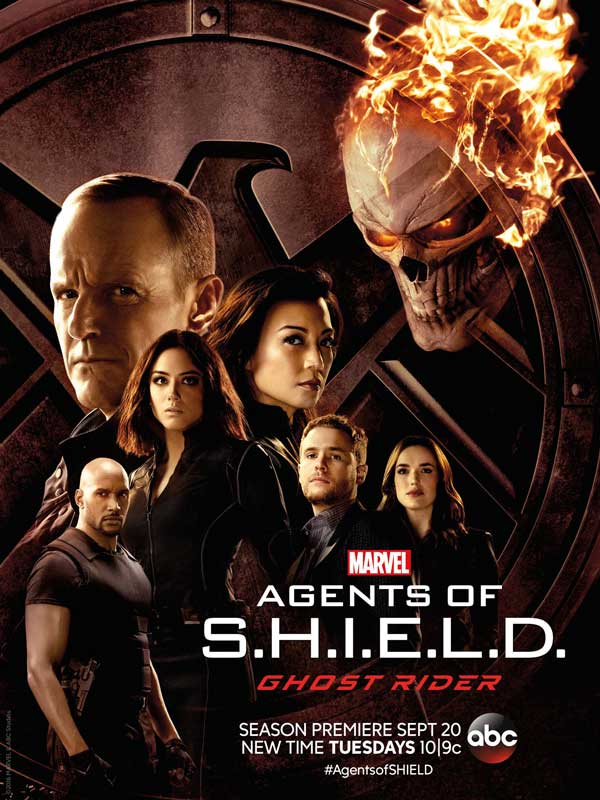 Don’t forget: the show is airing an hour later this year, at 10pm Eastern so grab an extra cup of coffee and get ready for a new season of Marvel’s Agents of SHIELD. Will you be tuning in?