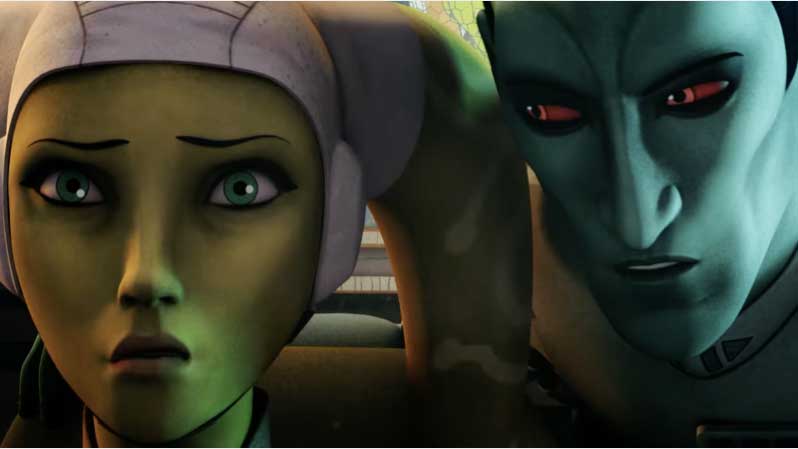 Okay, that was pretty good. I think I need to watch it again. How about you?

Breaking down the trailer we see the rebels attempting to steal a squadron of Y-wings. Darth Maul and Kanan both encounter something that gives them glowing green eyes. They appear to be having a lightsaber battle. We also see that Thrawn has Hera captive (possibly). She’s certainly at his place of work, not the other way around.

Star Wars Rebels returns with a brand new episode on Saturday September 24th at 8:30pm. Will you watching?