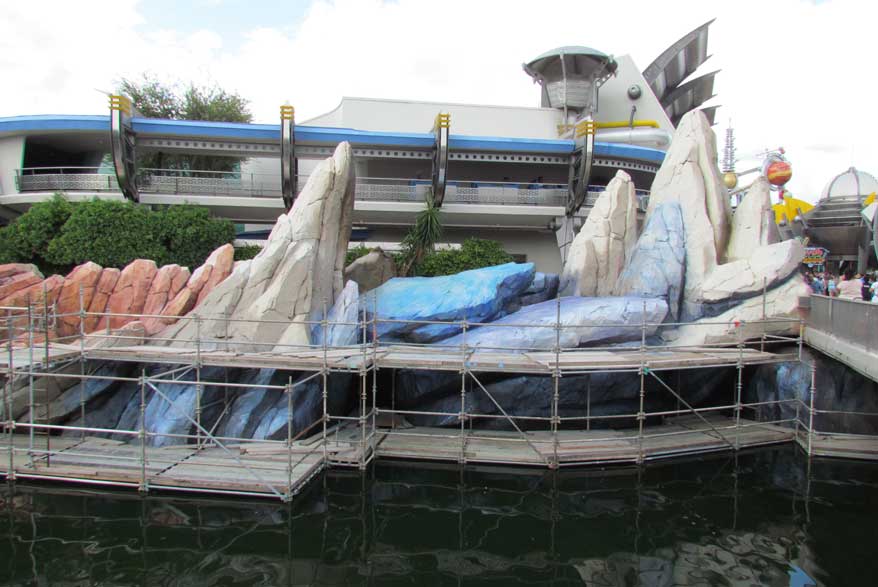 Magic Kingdom’s Tomorrowland is in the middle of a slight retheming. It started with a new color scheme for the PeopleMover. The trend spread to the nearby Carousel of Progress and now its progressed to the front of the land with its giant rock formation. 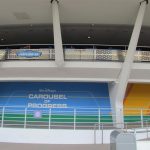 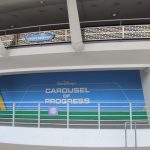 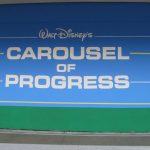 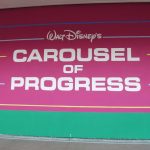 When Magic Kingdom opened in 1971, those giant rocks weren’t there at all. That had been some hope that they’d get rid of them all together and return to something a bit more futuristic looking. 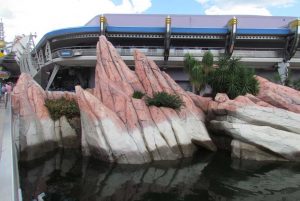 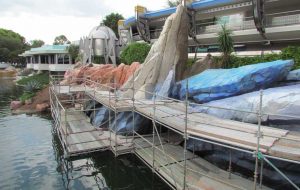 Now we wait for the new rock colors to be finished. So far, the future looks very blue

There are, so far, only rumors of new attractions being planned for Tomorrowland. Perhaps a Wreck-it Ralph themed virtual reality replacement for Stitch’s Great Escape. I hope not, vintage arcade games do not scream Tomorrowland to me. There’s the long-standing rumor that a new ride will be shoe-horned in somewhere between Space Mountain and the Carousel of Progress. There’s definitely room there.

It’s likely the new color scheme will continue to spread through the rest of Tomorrowland. Hopefully there is a new attraction or two on the horizon as well. What would you like to see happen at Magic Kingdom’s Tomorrowland?