ABC’s “The Chew” will return to EPCOT Food & Wine Festival 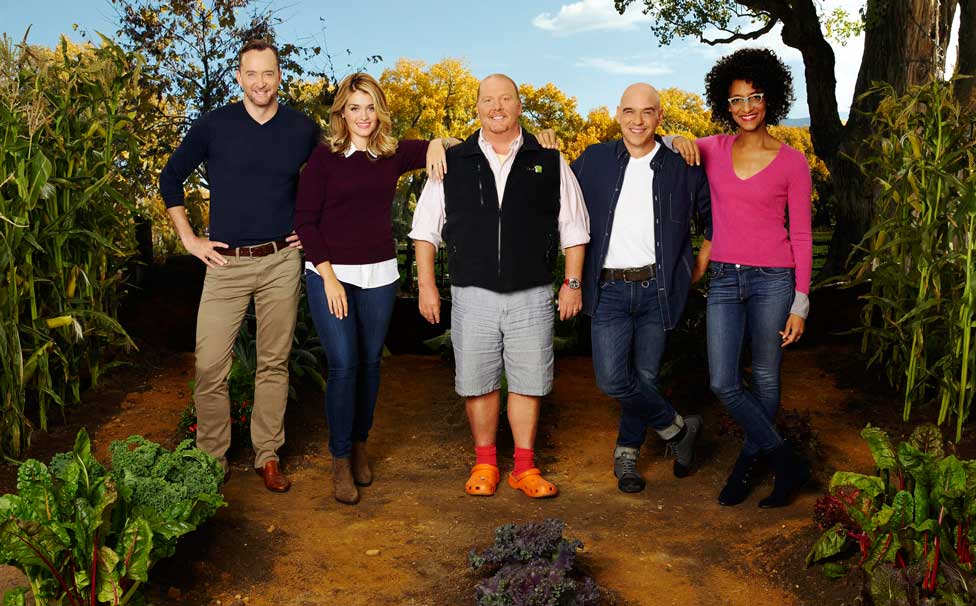 One of the most popular additions to the Epcot International Food & Wine Festival last year were the live tapings and other appearances from the chefs on ABC’s lifestyle series “The Chew.” It is now official, the cast and crew of “The Chew,” will return to Walt Disney World this fall to broadcast five shows and participate in the festival. “The Chew” shows, to record Oct. 5-7 against the park’s iconic Spaceship Earth backdrop with co-hosts Mario Batali, Michael Symon, Carla Hall, Clinton Kelly and Daphne Oz, will air on the ABC Television Network Oct. 10-14, 2016, at 1 p.m. EST, 12 pm PT (check local listings).

The dynamic, Emmy Award-winning co-hosts, who delighted audiences last year with stories of their Disney adventures as they whipped up delectable dishes and drinks, will share tasty new recipes and a bounty of festival surprises with their Epcot audiences. Throughout the festival’s 62-day culinary celebration, which runs Sept. 14-Nov. 14, “The Chew” also will feature segments highlighting food and beverages from “around the world” of Walt Disney World Resort and its four theme parks and Disney Springs.

Fans of “The Chew” and the annual Epcot foodie festival can savor bites inspired by the popular talk show at The Chew Collective in the Next Eats festival area of Future World. Three delicious dishes – Grilled Beef Skewer with Romaine, Apricots and Feta Cheese; Ricotta and Zucchini Ravioli with Rustic Tomato Sauce and Peanut Butter and White Chocolate Mousse with a Caramel Drizzle – will be the stars of the menu. Festival guests also can sip this year’s exclusive new Festival Chardonnay and Cabernet Sauvignon at The Chew Collective.

“We had a fantastic time filming our show last year at the Epcot International Food & Wine Festival and sharing the magic with Park guests and our home viewers. It’s the perfect pairing!” said Mark Schneider, executive producer of “The Chew” “We look forward to returning for even more fun and great food with our fans and celebrity guests. For us, it’s a terrific way to kick off our new season.”

Epcot vice president Melissa Valiquette said this year’s return of “The Chew” promises plenty of “foodie fun” for festival guests. “We’re delighted that ‘The Chew’ will return this fall to the Epcot International Food & Wine Festival,” Valiquette said. “Our festival fans are also fans of ‘The Chew,’ and we welcome this powerhouse of a daytime show that dishes up foodie fun with its own unique brand of culinary magic to our ever-evolving festival.”

At the Festival Center, guests can watch screenings of “The Chew” show highlights, cooking and entertaining tips, and same-day episodes of “The Chew” Monday through Friday at 1 p.m. Instructions on how to obtain show taping tickets will be announced at a later date.