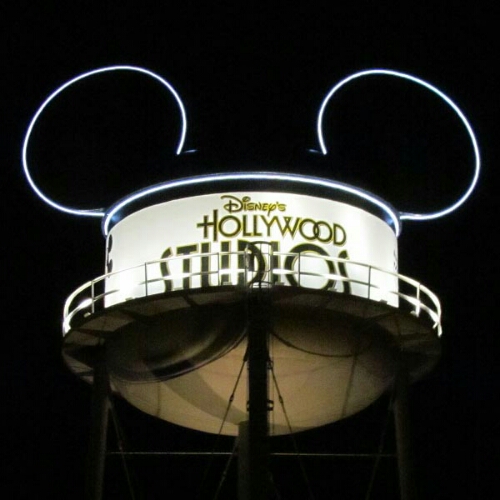 The Earffel Tower started its life as the icon for Disney-MGM Studios, a park Michael Eisner ordered built to prempt the theme park Universal Studios was building just down the I-4 freeway, which is now known as Disney’s Hollywood Studios. Last night it met with the wrecking ball to make way for Toy Story Land, which will occupy the backstage area that the tower was located in.

It stood at 130 feet tall and it’s giant ears could be seen from a wide area around the park. Although the tower was designed to resemble the water towers often found on Hollywood studio backlots, like the one at the actual Walt Disney Studios backlot in Burbank, CA, it never actually functioned as real water tower.

There is a similar Earffel tower in the Walt Disney Studios Park at the Disneyland Paris Resort. It’s a bit taller at 163 feet, but it too is not a working water tower. The name Earffel is a play on words with the Eiffel Tower of Paris, France.

The news the tower would be removed was delivered by Disney’s Hollywood Studios of January of this year, but no announcement was made that yesterday would be its last day. This leaves fans to mourn with only memories and photos of the iconic tower.