Videopolis: Phyllis Herman covers “I Wanna be Like You” from Disney’s The Jungle Book 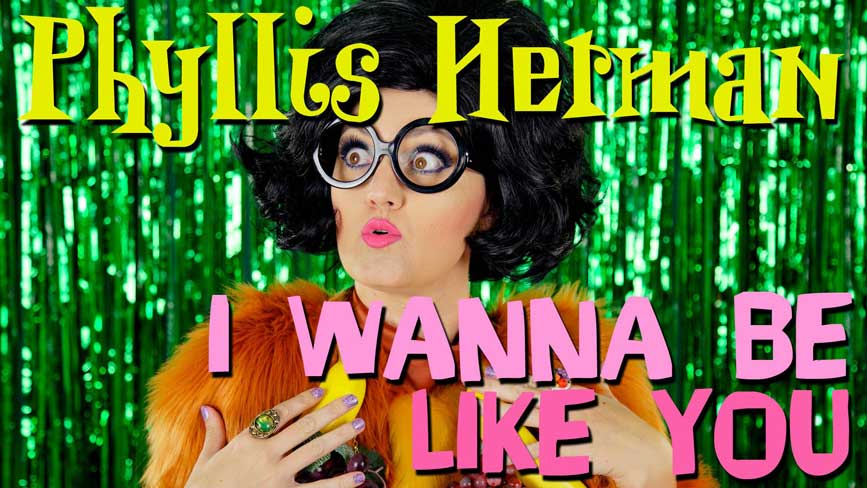 With a new movie coming out based on Disney’s original animated classic “The Jungle Book,” now’s a great time for some YouTube sensations to chime in with their take on the movie. One of the best I’ve seen is a cover of “I Wanna Be Like You” by Phyllis Herman (AKA Jenny Rae).

Rae is a Disney fan who has a poppin YouTube channel and some awesome Dapper Day photos (as Phyllis Herman) from within Disneyland and Walt Disney World. The character is eccentric and goofy, just like the video. I don’t ask for a huge production value. Just throw in a lot of goofy fun humor and I’m there. Rae’s take on Herman is perfect.

PS, you may recognize Traci Hines in the music video too. She’s playing Patsy Fritter and plays a wicked kazoo.

Even better, this music video has been made for a good cause. Head to Phyllis Herman’s website to make a donation to Animal Tracks, a wildlife animal sanctuary located in Agua Dolce, California.