Five ways to jazz up a character meet and greet 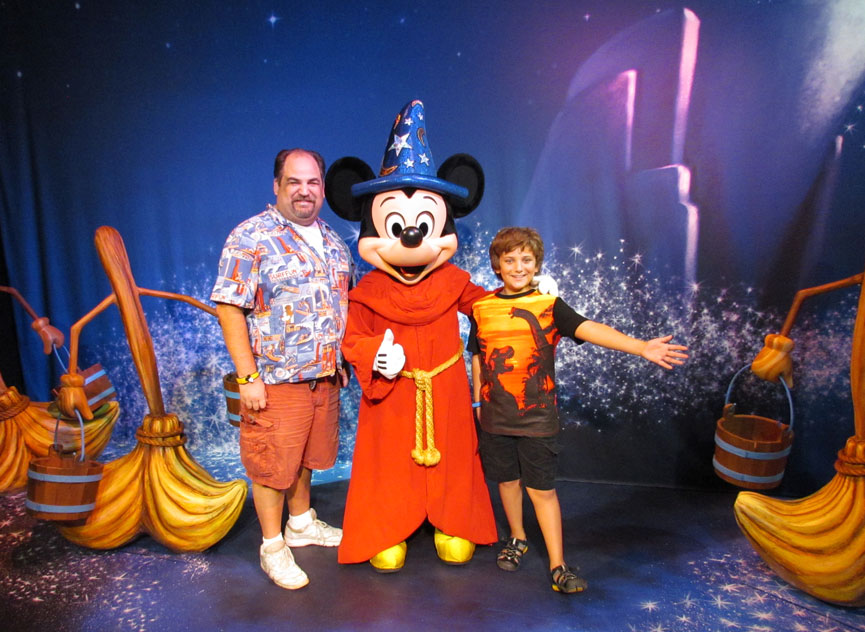 Collecting signatures from Disney characters is an absolute must-do for first time visitors to a Disney Park. But for those of us who’ve already been there and done that (and don’t want yet another autograph collection taking up space on our bookshelf), there are many creative alternatives to commemorate a character meet and greet. Here are five unique ways to make a character greeting memorable.

#5 Selfie – In the same way that video killed the radio star, selfies have killed the autograph. The new standard for proof that you’ve met a celebrity is “pics or it didn’t happen”, so naturally you’ll want to snap a cell phone close up with all your favorite characters to Instagram to your friends. A quick selfie takes less time to acquire than an autograph, so you’ll still have plenty of time for the Disney photographers to capture a few more traditional poses with their cameras without occupying too much of the characters’ time. (REMINDER: Selfie sticks are banned at all Disney Parks, so your selfies will have to be snapped from arms’ length.)

#4 Sign Something Else – If autographs are really your thing, consider ways the signatures you collect could be used in creative ways. Characters will sign things other than books, and if you plan ahead, the autographs you acquire can become a one-of-a-kind souvenir. Picture frame mats, park maps, and clothing are all items that can be signed and displayed rather than shoved on a bookshelf at home. Just remember to bring the proper writing utensil with you since characters don’t have spare fabric pens lying around. 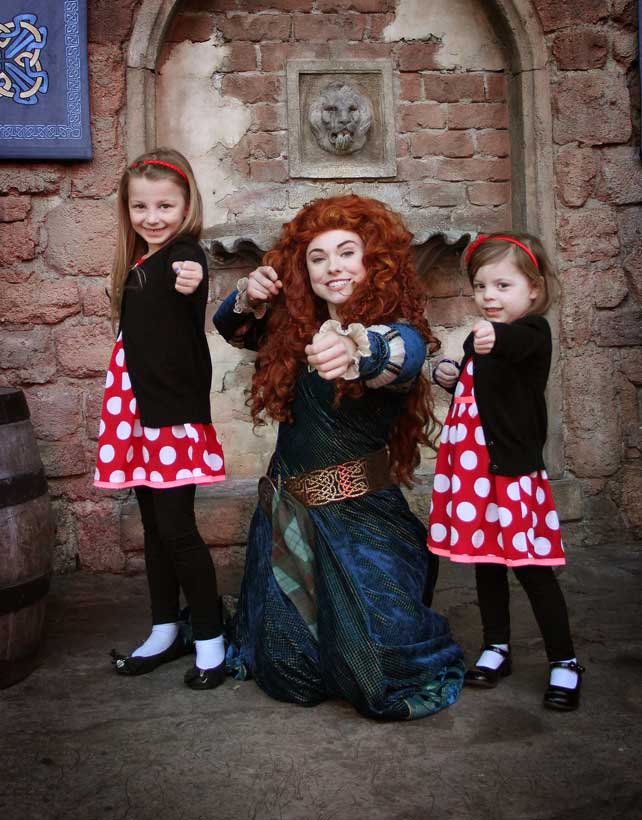 #3 “Signature” Photo – Each character at Disney Parks has his or her own signature moves. You can count on Gaston flexing his muscles for a photo op, Merida will poise to shoot an arrow, and Pluto will ham it up by pulling his ears. Why not join them? When in Disney, do as the Disney characters do. Even if it’s not typically in your comfort zone, have some fun acting with the characters. Playing along makes for more interesting pictures than standing stoically next to them. An album of these pics will likely get more views than an autograph book and be a fun way to relive your Disney trip

#2 Props – Does your child have a favorite stuffed animal? The characters will be happy to have it in the photo (and they will treat the toy as though it’s as real as your child believes it to be). Have a G-rated message on a pre-made sign you’d like to include your pictures? Bring it along, too. Want a character’s help announcing your engagement or that you’re expecting a baby? Even Darth Vader will get in on that action. With a little preplanning, props can be a great addition to the Disney character experience.

#1 Interview Questions – This may be the simplest yet best way to enrich the character experiences. While planning your trip, decide as a family one burning question you’d like to ask each character you may run into and bring this list with you to the parks. For example, my daughters wanted to know if Cinderella thought the glass slippers were comfortable (“Of course they are!”) and how long it takes Rapunzel to brush her hair each day (“Two hours!”). Characters love it when you have something interesting to talk about, especially if it’s something they don’t get asked every day. Record the answers to every question you ask, and they will make great photo captions for your vacation albums. You could ask something as simple as “What’s your favorite color?” and use their answers to theme a page in a scrapbook, or ask them for their favorite food and create your own Disney cookbook from their responses. Face characters will talk about almost anything since they are able to speak freely back to you. For non-speaking characters, however, you might have to modify your questions into ones they can answer with body language. (SIDE NOTE: We once asked both Peter Pan and Tinkerbell independently what pixie dust tastes like, and they both described the experience of eating something like Pop Rocks candy. To this day, my daughters want to obtain pixie dust for the sole purpose of taste testing it.)

Know of more autograph book alternatives? Inspire our next meet and greet by sharing them in the comment section!