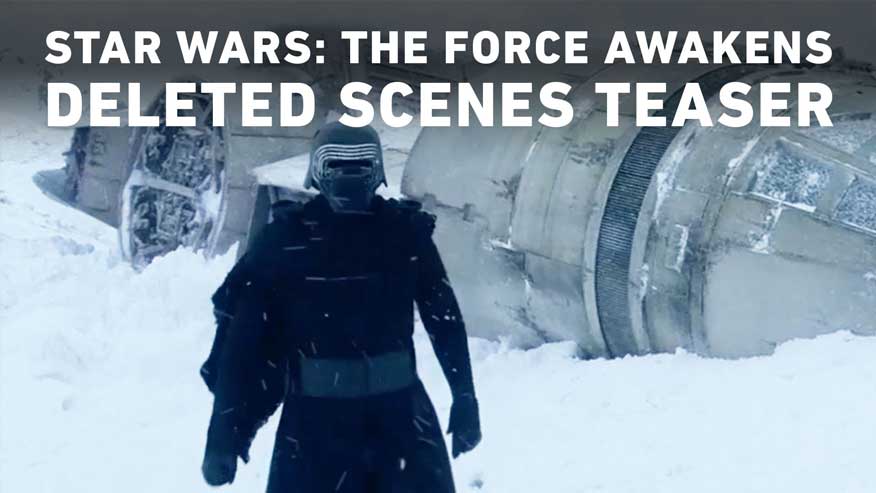 By now you’ve seen Star Wars: The Force Awakens, but you might have missed a few key scenes, not because you went out for a bathroom break at the wrong time, but because those scenes ended up on the cutting room floor, not in the final movie. These deleted scenes will be one of the bonus features on the Digital HD and Blu-Ray home version of Star Wars: The Force Awakens.

The Star Wars: The Force Awakens deleted scenes on the Blu-Ray and Digital HD are: “Finn and the Villager”, “Jakku Message”, “X-Wings Prepare for Lightspeed”, “Kylo Searches The Falcon”, “Snow Speeder Chase,” and “Finn Will Be Fine.” Plus there is a special bonus deleted scene, “Tunnel Standoff” only on Digital HD or by redeeming the digital copy included in the Blu-ray Combo Pack.

Star Wars: The Force Awakens is coming home on Digital HD April 1 and Blu-ray Combo Pack and DVD on April 5.