The Magic Kingdom adds a new $150 after hours event 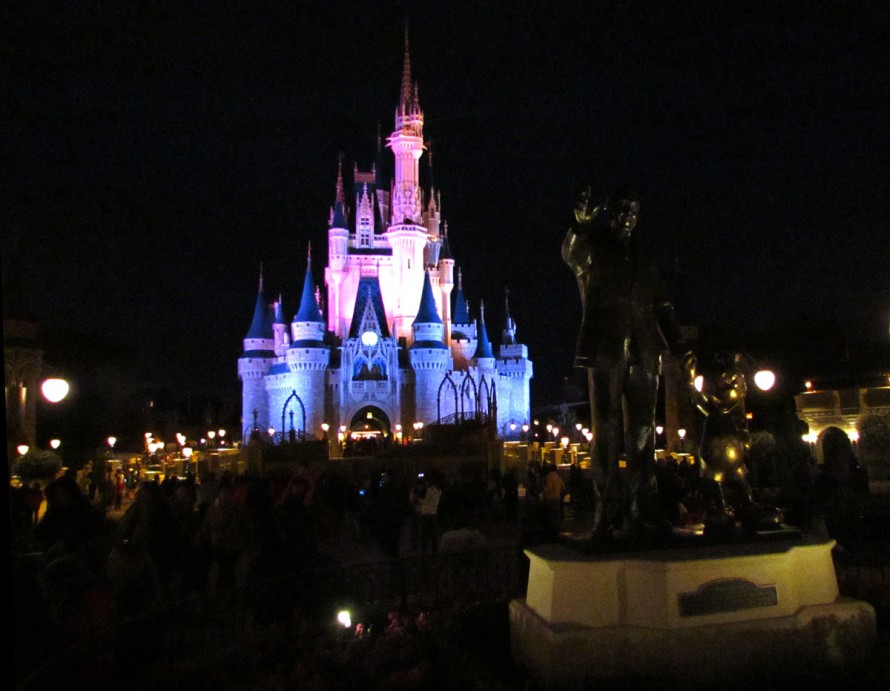 “Disney After Hours” is a new hard ticket event being offered at the Magic Kingdom on select nights in April and May. The event will give a limited amount of guests access to a select roster of attractions, character greetings, and limited dining plus access to free ice cream novelties and bottled beverages during the event. The price to attend is $149 plus tax.

The event dates are April 14, 21, & 28 plus May 5, 8, 12, & 19. None of these days were Extra Magic Hours and the parks had been been scheduled to close at 10pm or 11pm on most of those days. This event is separate from regular admission, but attendees will be able to enter the Magic Kingdom as early as 7pm.

Disney has tested a spring ticketed event before with the Pirates and Princess Party event. It, like Mickey’s Not-So-Scary Halloween Party and Mickey’s Very Merry Christmas Party, ran for a few hours after the park and included special photo opportunities, dining, and entertainment, along with access to a selection of attractions. Disney canceled the event out of a lack of interest, but has been looking for some way to bring a spring hard-ticket event back.

This experiment is clearly to see if there is enough interest from the upper income vacationers to sustain an event. The main complaint from that demographic is crowds. Yet, the two big ticketed events of the year are often crowded. The other option, paying a guest relations host to escort you from attraction to attraction, does not reduce the crowds either, but this promises to.

What would you expect if you paid $150. My event would work something like this: A ballroom dinner with live music performances of classic theme park songs (MSEP theme and some yesterland attraction music). Have a slide show that covers new and future attractions in the park and a chance to hear an Imagineer describe a project they’re working on. Then when the Magic Kingdom is closed, shuttle guests over on the monorail and split into groups for a special tour of the park including rides on the mountain range (including SDMT) & dark rides. Have attraction hosts on hand to answer questions, point out hidden mickeys, etc. Afterwards, have a dessert party on main street with ice cream and coffee plus an up close look at a few parade floats while the entertainers mix with the crowds. Send all guests home with a special memento and attraction photos on the Photopass Accounts. That’s a $150 event. Heck, I’d pay $160.

To me it feels like Disney is asking a lot for an event that only offers a very little. But if $150 isn’t very much to you, it might be worth it to get in the park and ride attractions with few or no lines.

Disney’s obviously pivoting to offer more boutique experiences for those who can afford them. I’m not against that idea on its face, but it needs to be done without sacrificing any guest experience for the day-guest who also pays good money to get a dose of pixie dust. In this case, I think Disney could have done better in terms of what it’s offering for the money, but the event is a true add-on, not a take-away. So that’s fine with me.

Does Disney After-Hours interest you? Learn more about the event on Disney’s website.