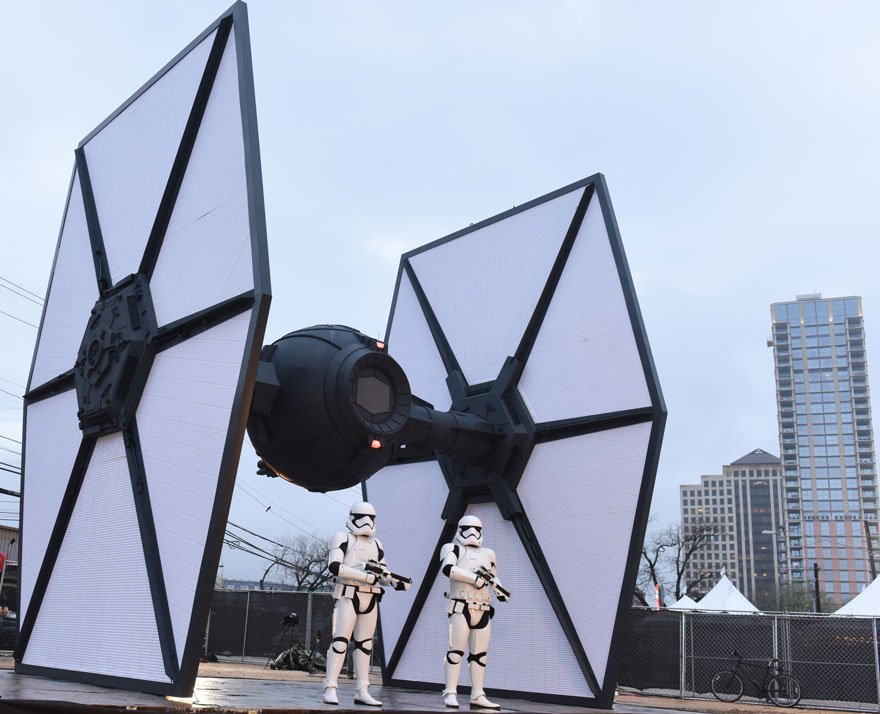 Travelers to Austin’s SXSW Film Festival this week can count themselves lucky to see the premiere of the documentary “Secrets of The Force Awakens: A Cinematic Journey.” As part of the event, the First Order TIE Fighter and stormtroopers landed at the festival. The feature-length documentary, which is an in-depth bonus feature on the upcoming Digital HD and Blu-ray Combo Pack debuts at the Paramount Theatre on March 14th in Austin, Texas. The TIE Fighter will be stationed at South Bites at SXSW throughout the weekend for festival goers to experience the landing!

Star Wars: The Force Awakens is coming home on Digital HD April 1 and is available on iTunes and Amazon for pre-order now. 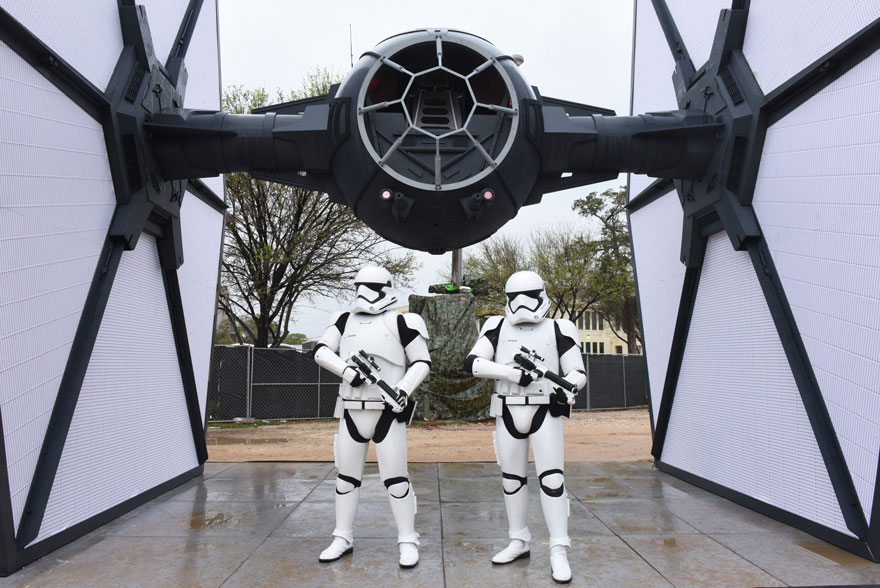