The finale starts by recalling the last moments of the previous episode, with Jack Thomson about to blow up the warehouse with Vernon Masters, Whitney Frost and Jason Wilkes inside. Just before he can hit the detonator, Jason lets go of the Zero Matter inside of him causing an explosion of his own. The agents run back to the room to find it destroyed with Zero Matter all over the place.

Back at Stark’s house, Stark gives Jason a clean bill of health. The Zero Matter is no longer in him. But Jason figures out that even if they can successfully separate the matter from Whitney, it still needs a place to go.
Meanwhile, Whitney is busy trying to figure out how to open another rift. Manfretti, the gang leader and Whitney’s new flame, is worried about her. So worried that he goes to Peggy and company for help. They decide that they need to open up the rift before she can so that they can separate her from the matter and put it back where it came from.

Manfretti goes in to distract Whitney while Sousa and Peggy take pictures of the work that she’s done. Surprisingly, all goes according to plan as they are able to get the pictures and get out without getting caught. The next step is to build the rift generator and lure Whitney to it.

Meanwhile, Jack finds Vernon’s briefcase at the SSR office and decides to go through it. He finds Peggy’s forged file as well as Vernon’s Arena Club pin which, he discovers, can be twisted and turned into a key.

The team builds the generator and sets it up on Howard’s movie lot. The moment they turn it on, Whitney can feel it. While the team waits for her to show up Jack shows Peggy the pin/key. They can’t wonder about it for too long because Whitney shows up and falls right into their trap. 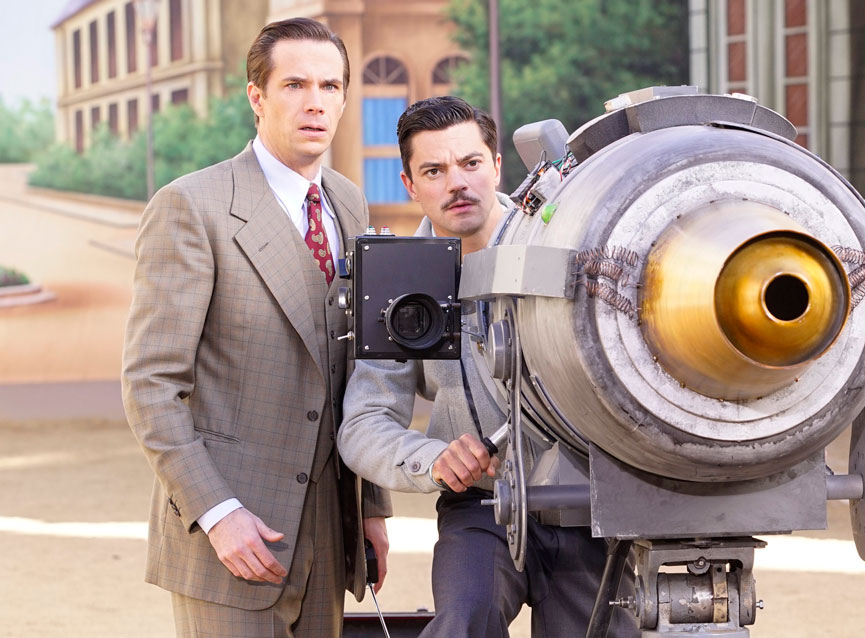 Stark shoots her with the gamma cannon and the Zero Matter gets sucked up into the rift. Then things start to go wrong as the rift won’t close. The only way to shut down the generator is manually, which would put the person shutting it down in danger of being sucked up by the rift.

While Peggy, Jarvis, Stark, Jason and Jack argue over who should risk their lives, Sousa tethers himself and goes out on his own. The crank works for a while, but soon the rift starts to overtake him. Peggy and company grab the rope he’s tied to and hold on long enough for Jarvis to place the gamma core inside of Stark’s hover car (an upgrade from the one in Captain America: The First Avenger) and guide it into the rift closing it for good. Everyone (myself included) breathes a sigh of relief.

The episode ends with everyone settling into their new normal. Jason is going to start working for Stark, Ana Jarvis came home from the hospital, Whitney has been put into an institution and Peggy and Sousa finally kiss.
Ok, that’s not true.

After all of that, the episode actually ends with Jack packing up to head back to New York when he hears a knock at his door. When he answers the door a mysterious figure shoots him and steals Peggy’s forged file. What a cliff hanger! So many questions!

Who was this person? Is Jack dead? What about the key that they found? And perhaps the biggest question of all: Will we even get a Season 3?

Did you watch the season 2 finale? Let us know what you thought about the season in the comments!