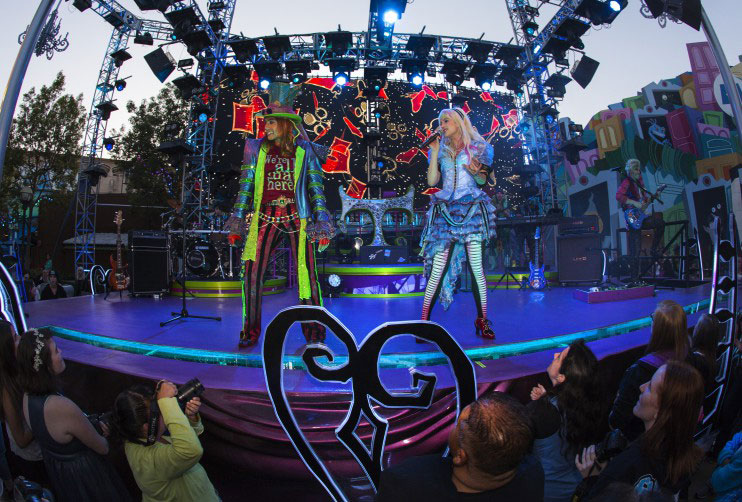 We already said good-bye to the Mad-T Party once, but popular demand brought it back. Now California Adventure will again say goodbye to the dance, interactive games, and music festival as the Disneyland resort prepares for new entertainment options.

Mad-T Party fans will have a few more chances to enjoy the madness. It will be open on weekends through March 13 and nightly March 18-30. After that you’ll have to head back across the esplanade to get your dose of Alice in Wonderland.

The Mad-T Party opened with the newly rededicated Disney California Adventure. It replaced the popular ElecTRONica dance party (remember Flynn’s arcade?) then itself took a haitus in December of 2014 for “Freeze the Night! A Family Dance Party” an ill-advised attempt to capitalize on the popularity of Disney’s Frozen. Freeze the night melted after just 5 months before Mad-T Party was brought back to much rejoicing for the Diamond Anniversary.