Didn’t watch the big game last night? Then you missed a trailer for Disney’s The Jungle Book that jumped right off the screen, or at least appeared to. I think we got the hint that the movie will be in 3-D. We actually have a completely different, but just as new trailer to share with you now that the game is over.

Disney has had a lot of success so far with the live-action remakes of Cinderella and Maleficent. The Jungle Book will use animation of a different sort, phot0-realistic computer generated animation, to create life-like animals that also speak.

I was a bit surprised by the voice of Bill Murray as Baloo the bear. But I’m willing to give it a chance to grow on me. Christopher Walken as King Louie working for me though.

In addition to the new post up above here are some new images from the clip: 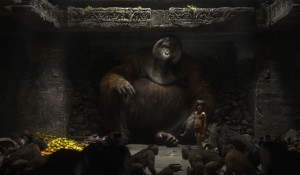 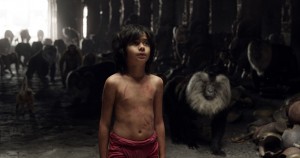 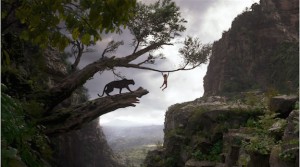 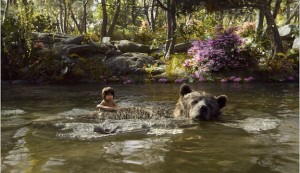 Along the way, Mowgli encounters jungle creatures who don’t exactly have his best interests at heart, including Kaa (voice of Scarlett Johansson), a python whose seductive voice and gaze hypnotizes the man-cub, and the smooth-talking King Louie (voice of Christopher Walken), who tries to coerce Mowgli into giving up the secret to the elusive and deadly red flower: fire. The all-star cast also includes Lupita Nyong’o as the voice of the fiercely protective mother wolf Raksha, and Giancarlo Esposito as the voice of wolf pack’s alpha male Akela. “The Jungle Book” seamlessly blends live-action with photorealistic CGI animals and environments, using up-to-the-minute technology and storytelling techniques to immerse audiences in an enchanting and lush world.