There’s a whole world of Frozen wonderland coming to EPCOT’s Norway Pavilion later this year. Most of the changes are going on behind the scenes as the former “Maelstrom” boat ride is switched over to “Frozen Ever After.” In addition to the boat ride, there will be a new meet and greet area where guests will be able to meet Queen Elsa, Anna, and Olaf.

You can’t see much, but there have been some changes since we last checked in at EPCOT:

Looks like the buildings outside the meet and greet are getting some details added. Meanwhile, behind a huge tarp, the facade of the show building that will house the main attraction has been stripped down to the studs. It looks like the changes there are more involved than most people originally thought.

If you can’t see the video above, here are some photos from around the area: 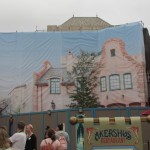 Behind the tarp workrs are getting things ready 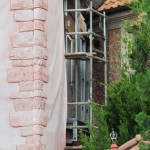 The facade is down to bare studs for the change 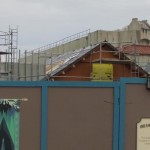 Buildings at the meet and greet are getting some detail work 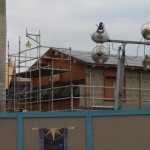 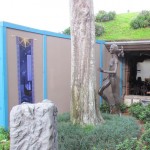 The path to the Norway restrooms is now closed 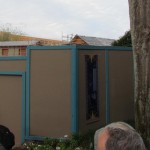 Which means it’s hard to see from the Stave church now.

I know the idea of “Frozen” coming to EPCOT has its detractors, but 100 million young fans can’t be wrong, right?