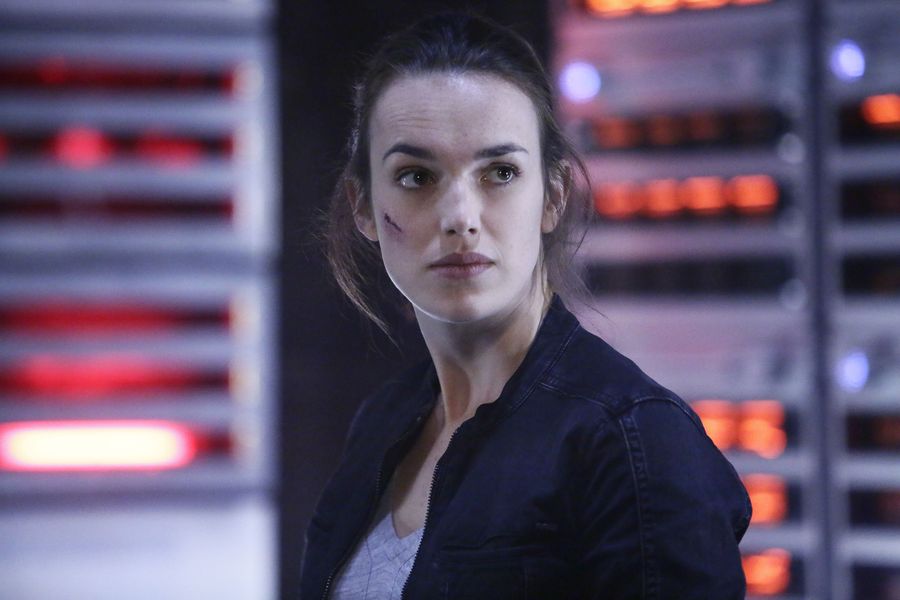 This week’s Winter Finale episode starts off right where last week’s episode left off. Simmons has been captured by Hydra and taken to the castle where they found the monolith portal. Fitz and Ward along with a few Hydra agents have gone through the portal to find the creature and bring it back and Coulson has followed after them.

The rest of the team is planning a rescue. Their plans change, however, when they discover that Malick has brought all of the Inhumans he’s been holding to the castle. Now they must rescue Simmons, bring back Fitz and Coulson and save the Inhumans. 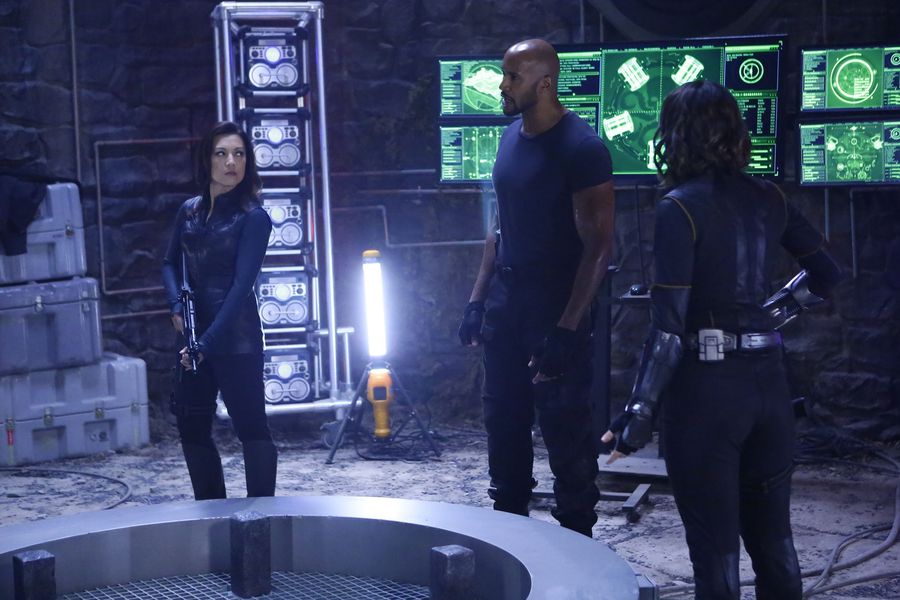 Simmons is able to escape and discovers that Andrew is one of the Inhumans that Malick has brought. Andrew convinces Simmons to let him out of the containment unit just in time to save her from being caught by some Hydra agents. Simmons runs and finally catches up with the rest of her teammates who have taken the portal room away from Hydra and are preparing for whatever might come out of the portal, be it their friends or the creature.

May sneaks away to find Andrew but instead finds the carnage he left behind after killing all of the other Inhumans.

She rejoins the team as Hydra begins trying to break back into the room. Mack decides that he will stay in the room in the hope that Coulson and Fitz come back through the portal. Everyone is to go back to the plane and if Hydra breaks through or the creature comes through the portal, Mack will give the signal and May will blow up the castle. Daisy puts her foot down and decides to stay with Mack.

Meanwhile, on the planet that Coulson jokingly refers to as Tatooine (because synergy), Fitz has led Ward and his team to the bunker where Simmons and Will lived. Will is there and they let him lead the team to where the portal will open. During a sandstorm, Will and Fitz take the opportunity to kill some of the other Hydra agents. Ward and the other agents get separated from them. Coulson finds them and kills everyone except Ward. He forces Ward to take him to the portal where they see Fitz and Will.

Except it isn’t Will.

Fitz figures out that this is the creature they’ve been warned about. The creature tells Fitz that Will died saving Simmons and the two fight. Coulson and Ward also fight as the portal opens. Fitz finishes the fight by shooting a flare gun at the creature which sets it on fire. Coulson finishes his fight by knocking Ward on the ground and using his fake hand to crush Ward’s ribs and lungs.

As the two race to the portal before it closes, we see a worm-like creature crawl out of Will’s charred body.

Coulson and Fitz make it back to Earth. They and Mack and Daisy get in Andrew’s containment pod and use it to go back to the plane while May destroys the castle.

The end tag scene reveals that not only did Malick somehow survive the explosion, but Ward is alive, made it through the portal and now has the worm inside of him.

That plus the fact that Lash is on the loose again means that S.H.I.E.L.D. is going to be in a lot of trouble come March 8th when the show returns.

What did you think of the finale?