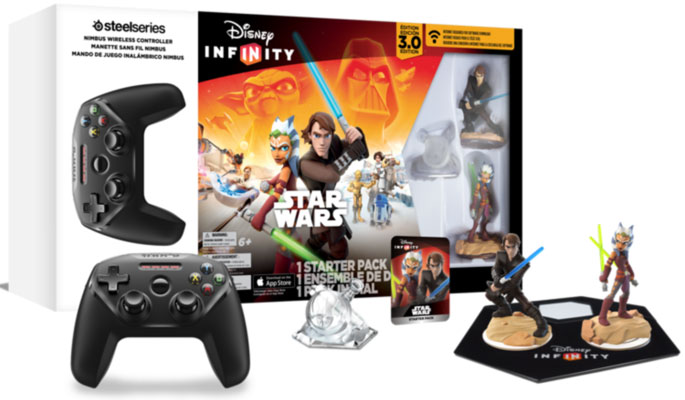 The Disney Infinity 3.0 Starter Pack for the Apple TV is available for $99.95. The new Apple TV starts at $149. Note that the controller that is included in this bundle can be used to play other Apple TV games that have third-party controller support.

Check out the launch trailer below!

Tags:apple tvdisney infinitydisney interactive
previousMore photos and facts from Seasons of the Force at Disneyland
nextStar Wars: The Force Awakens will be available in Dolby Cinema.