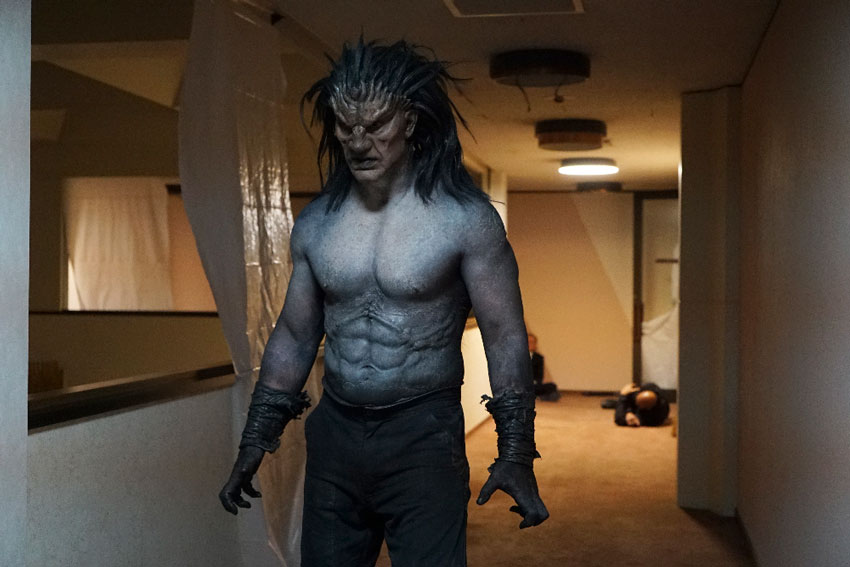 This week’s episode focused on the teams’ continued hunt for Lash. Price and Coulson are on their way to a meeting with the President when they get a call from Mack. Lincoln has come back and has figured out that Lash has to be someone in S.H.I.E.L.D. using Jia Ying’s book of registered Inhumans as his list of victims. Coulson realizes that Andrew is the only person to have that list.

May has already confronted Andrew about his behavior and he confesses that the book had some Terrigen mist set as a booby trap for anyone who opened it. Fortunately for Andrew, he survived. Unfortunately, he is now an Inhuman…specifically, Lash. This is why he left May after their trip to Hawaii.

Lincoln tells the team that Andrew’s powers are still developing, that eventually the Lash personality will be permanent. So they set out to find him and bring him in. They track Andrew down and discover that he has May tied up. Their goal is to capture, but Lincoln decides that’s not good enough and goes in for the kill.

Andrew, as Lash, and Lincoln fight until May is able to calm Lash down and turn him back into Andrew, much like Natasha’s lullaby does for the Hulk.

The team reluctantly decides to put Andrew in stasis until they can find a cure.

Also going on in the background of the episode is Bobbi and Hunter deciding that they will not go after Ward anymore because they don’t want to be motivated by revenge. Hunter is hesitant to agree so we’ll see if it sticks.

Also, Fitz is still trying to find a way to open the portal and save Will. He thinks that Will may not have been working with NASA but another, secret organization that may hold the answer.

And our end credits scene shows Ward and Malick having a conversation when Malick’s phone rings. Price is on the other end apologizing for not bringing Coulson to him. It seems that the meeting with the President was a sham and that Price is working for Malick.

We also see that Coulson and Price have taken their relationship to the next level as he has spent the night at her place. Is Coulson being played or does he still have a trick up his sleeve? What do you guys think?

Like the title suggests, our agents are finding out that actions taken in one area, no matter how small, can have an impact somewhere else. That’s Chaos Theory for ya.