Last week Disney Interactive launched a new mobile game called Disney Dream Treats – Match Sweets (iTunes). This game resembles other puzzle matching games from Disney like Frozen Free Fall (itunes) and Maleficent Free Fall. Players of this game will be taken on a dream tour of restaurants that are in Disney Parks and Resorts around the world. The three parks that are currently featured in the game are Walt Disney World, Disneyland California and Disneyland Paris. 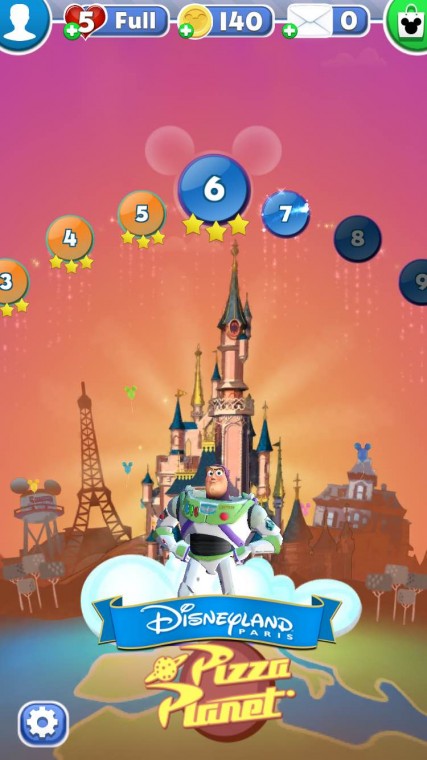 Once you select a park, you are taken to a famous Disney restaurant/eatery where you serve the park guests alongside your favorite Disney characters. In the game, you will help Classic Disney characters, Disney princesses and Disney-Pixar characters welcome guests by serving up their favorite mouth-watering treats. Some of the treats that you will be able to serve are Disneyland’s Churros, Frosted Mickey Cookies, Frozen Rice Krispy Treats and Mickey Mouse Marshmallows. To make the game more personal and fun, you have the option to add pictures of yourself, family and friends so they can appear in the game as park guests. As of right now the game only features three Disney Parks and a restaurant from each of those parks. Hopefully we will see Disney add more parks, restaurants and treats in future updates. 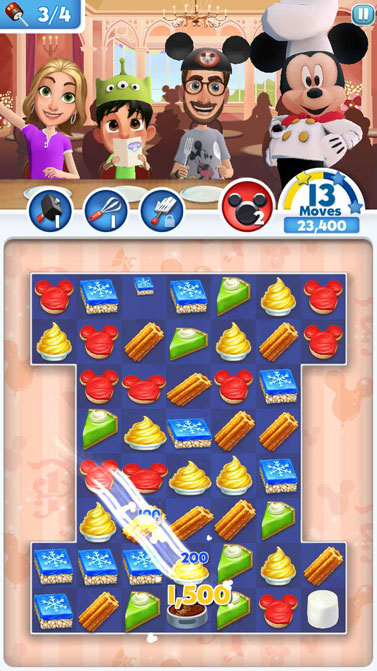 There are over 100 levels to start off with once you download the free app from your device’s app store. Each level has a different objective for you to complete and you only have so many moves to complete the level and serve the customers. To play the game you have to move your finger across three or more of the same Disney treats! After each move, the board changes and you can make different moves with the new treats that drop onto the grid. The level of difficulty increases as you move through more levels. Disney Dream Treats is a fun game that is great for the whole family! Let us know if you are going to try this new release from Disney Interactive!

Disney Dream Treats is available on iOS, Android, Windows, and Amazon devices and can be downloaded from their respective app stores.