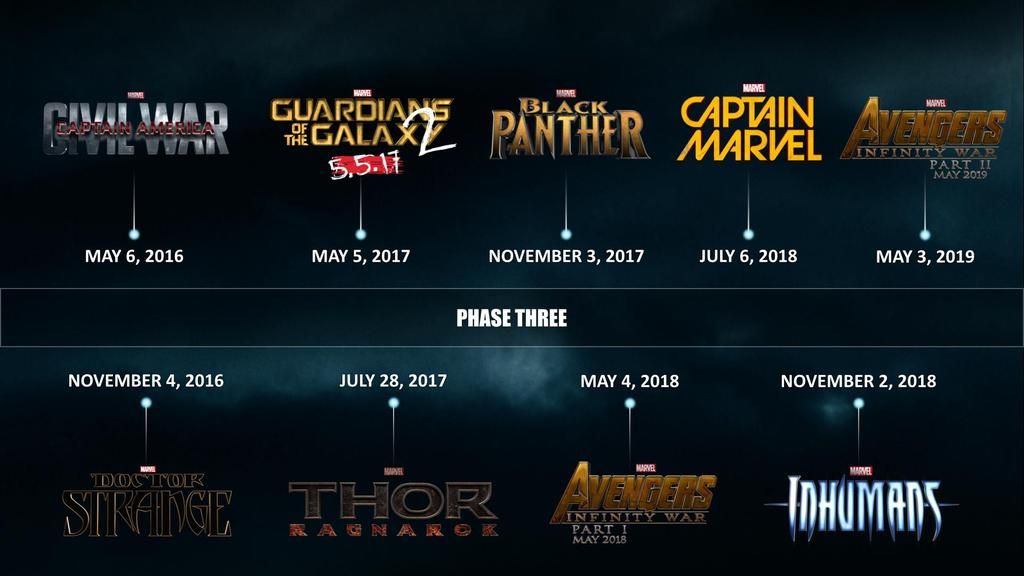 Then, Marvel and Sony announced that they will be working together with Spider-Man. Sony will still make the movies with help from Marvel and Spider-Man gets to be in the MCU.

That was great news, except that it pushed some of the Phase 3 movies back so there was room for a new Spider-Man solo movie. Basically, every movie after Spider-Man except the Infinity War movies (so, Thor: Ragnarok, Black Panther, Captain Marvel and Inhumans) got pushed back roughly six months.

Today, Disney announced that Ant-Man will be getting a sequel titled Ant-Man and the Wasp. It is scheduled for July 6, 2018 which was Black Panther’s release date. Instead Black Panther will now be moving up to February 16, 2018 and Captain Marvel has been pushed back to March 8, 2019.

Here’s the new breakdown (until it changes again):

That is a lot of movies. Are you looking forward to them or do you think Marvel is beginning to overwhelm the box office?