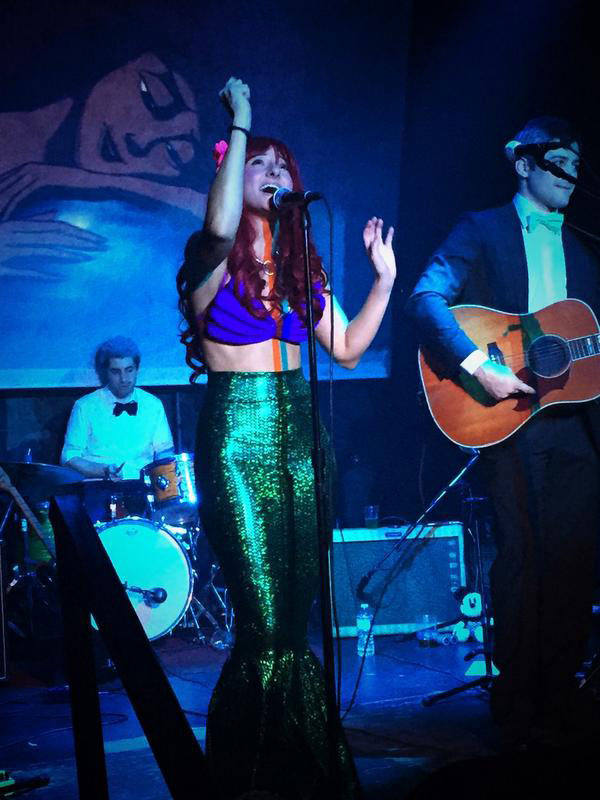 Just got an update from the Disney cover band “The Little Mermen” about their next concert. It’s a Disney themed Halloween party in the heart of New York City.

Halloween 2015 will be the Little Mermen’s 2nd Annual NYC Costume Bash. Hear your favorite songs rocked out by New York’s premiere Disney cover band, The Little Mermen, at the wildest and most nostalgic party in town!

Dressing as your favorite Disney character is obviously encouraged, but the only requirement is to be ready to “Let it Go!” This party will have you singing along all night, with themed drink specials, a Halloween movie screen, and amazing opening acts.

Influenced by styles from ’80s pop to dive bar thrash to jazz, The Little Mermen power up some of the most famous musical numbers ever written, including The Little Mermaid‘s “Kiss The Girl,” Pocahontas’ “Colors of the Wind,” and the Lion King’s “Circle of Life.” So blast off to infinity and beyond and have the most unforgettable night of your year! You ain’t never had friends like The Little Mermen.

The costume party is being held at Santos Party House NYC on October 31st at 7pm. Ticket information can be found here.

I’m told “The Little Mermen” will have a new video that debuting on BuzzFeed very soon. I’ll be keeping an eye out for that too.