It’s food and wine festival time at EPCOT and that means a bevy of celebrities big and small are passing through its gates. However, there are few bigger in Disney’s pantheon than Kurt Russell and he was at Walt Disney World today.

After being Disney’s biggest star of the 1970s, Russell was made a Disney Legend in 1998 and continues his acting career to this day. About 4 years ago he decided to also pursue his passion for wine and opened GoGi Wines, which brought him back to Disney to host a wine seminar at the 20th Epcot International Food & Wine Festival. 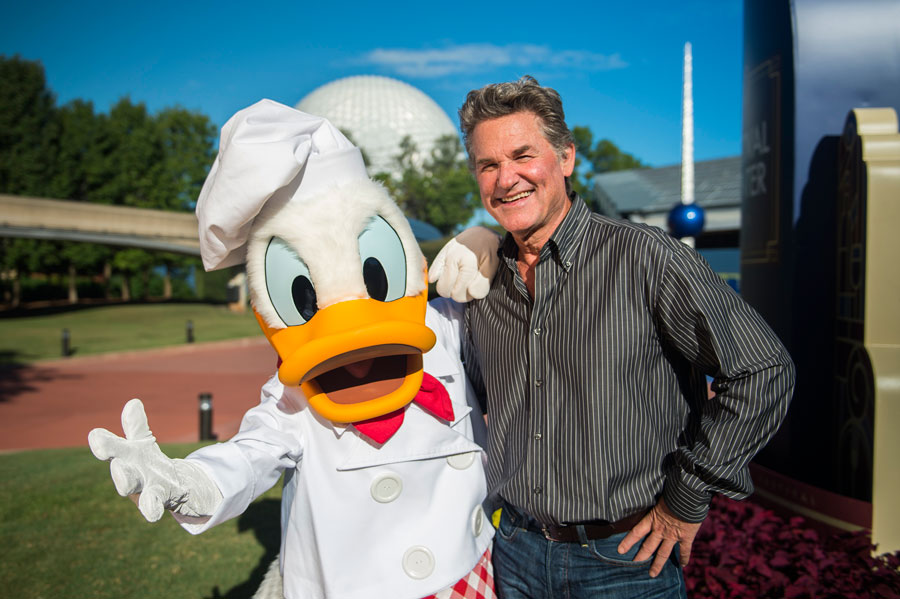 Looks like he and Donald had a great time. Don’t you think Russell looks great too.