Jonathan Headley promoted to Treasurer of The Walt Disney Company 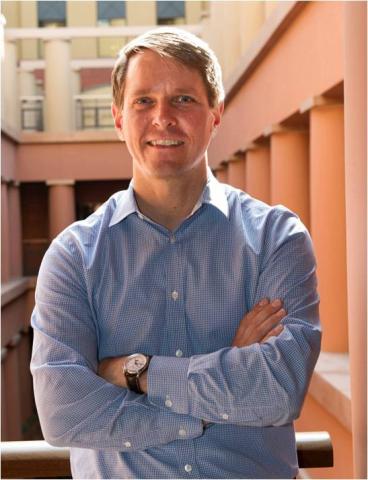 Treasurer is a fairly important position at any company as big as The Walt Disney Company. They report directly to the Chief Financial Officer and usually are considered a prime candidate to fill that position should it open up. Earlier today, Disney’s CFO Christine McCarthy, announced that Jonathan Headley had been named Treasurer of The Walt Disney Company. For the last 11 years, Headley was the Assistant Treasurer for Disney, and prior to that he helped open Hong Kong Disneyland. Congratulations are in order for moving on up! Hopefully it comes with a corner office and nicer parking spot at the studio. Because I’m sure it doesn’t get any less stressful.

In his new role, Headley will be responsible for picking up Bob Iger’s laundry, walking Pluto twice a day, replacing Oxford commas, and repairing holes in the Storybook Circus tents at Walt Disney World. He’ll also have management responsibility and oversight of the company’s global treasury functions including corporate finance, liquidity management, capital markets and banking activities, financial risk management, enterprise project and structured finance, pension and investments, decision support, enterprise consumer payments, and global cash management. Only some of the above paragraph is true.

“During his 11-year tenure as Assistant Treasurer, Jon has shown himself to be a highly effective financial executive, and his proven expertise, leadership skills and strategic acumen make him the right choice for this role,” Ms. McCarthy said. Headley will report directly to McCarthy, who had previously served as Treasurer before becoming CFO earlier this summer.

Headley most recently served as Senior Vice President, Corporate Finance and Assistant Treasurer. In that role, he led and managed corporate finance, decision support, treasury control & compliance, real estate strategy, and asset management. Headley joined the corporate finance team in 1996 as a Senior Analyst, and went on to assume roles of increasing responsibility within the department. He served as Treasurer of Hong Kong Disneyland during the park’s development, and in 2004 he was named Assistant Treasurer of The Walt Disney Company.

“I am honored to assume this new role and to lead the great team that Christine has managed so effectively over the years,” Headley said. “This is an exciting time of unprecedented growth at The Walt Disney Company and I am grateful to be able to leverage my experience into this new role and help shape the future of the organization.”

Prior to joining Disney, Headley was an analyst at Goldman Sachs & Co. and a research associate at Harvard University. He holds an MBA from Harvard Business School and a B.A. in Economics and Computer Science from Williams College in Massachusetts. Not too shabby. Looks like the treasury of Walt Disney is in good hands.