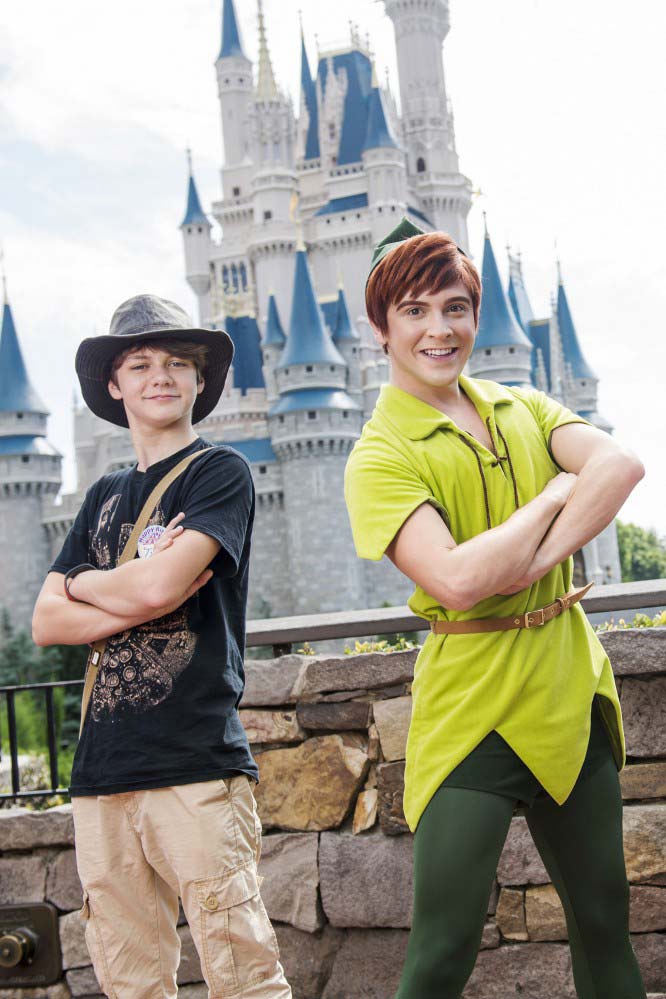 Actor Ty Simpkins visited Walt Disney World to celebrate his 14th birthday and make a guest appearance at Geeky con. While at the Magic Kingdom, he met Peter Pan, who perhaps gave him some tips for never growing up, a useful skill in Hollywood.

Disney and Marvel fans will remember Simpkins from his role alongside Robert Downey Jr. in Iron Man 3. Simpkins played the young kid who helped Tony Stark recharge the Iron Man suit. He was also seen in this summer’s mega-hit Jurassic World as the younger brother Gray Mitchell.

Great to meet @TYSIMPKINSactor at Disney World!!!! Thanks for taking a picture with us! We also have same birthday! pic.twitter.com/MG1wUstXOO

My birthday present from @WaltDisneyWorld (yea in my dreams ) haha pic.twitter.com/QdarhimnBm