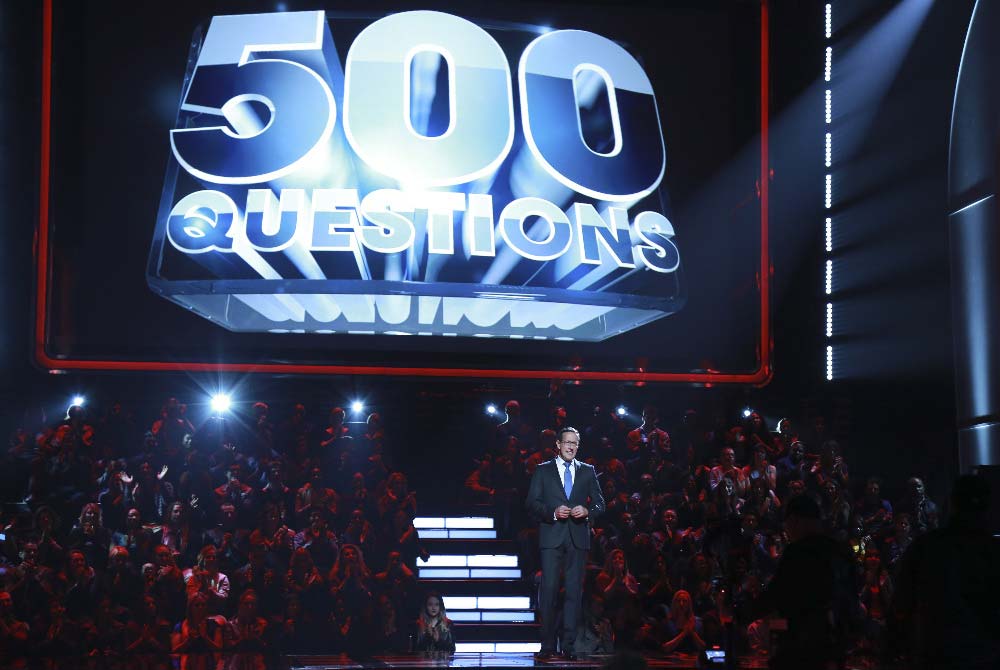 A new game show from reality TV producer Mark Burnett will test the knowledge and stamina of contestants on ABC’s new innovative genius game show “500 Questions.” CNN personality Richard Quest hosts the all-new game show event where the smartest people in the country try to achieve the seemingly impossible task of answering 500 of the most difficult general knowledge questions ever devised. There’s only one simple rule: never get three wrong in a row – or you’re gone.

On the premiere episode, an attorney and a neuroscientist face off in this intense test of knowledge, where the toughest question of all is, can either of them answer 500 questions. The mini-season will air nine hours over seven nights.

It is the ultimate test, where intellect, strategy and stamina are all equally essential in order to win. “500 Questions” premieres Wednesday, May 20 (8:00-9:00 p.m.), on the ABC Television Network. The finale of the special event season is Thursday, May 28th. Sounds like it could be intense. Will you be watching?