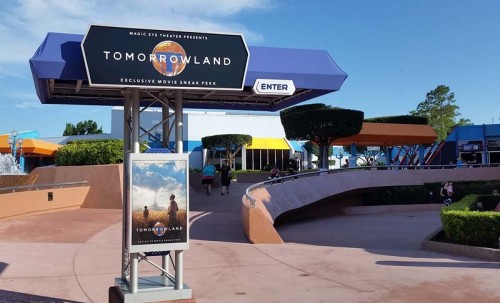 I finally made it to the “Tomorrowland” preview at EPCOT in the Magic Eye Theater. And I have to tell you, if you can get to EPCOT or Disneyland for this preview, you must do so.

The preview is essentially the first 10 minutes of the movie and focuses on a young inventor who travels to the 1964 World’s Fair where he meets Athena and discovers the key to Tomorrow. 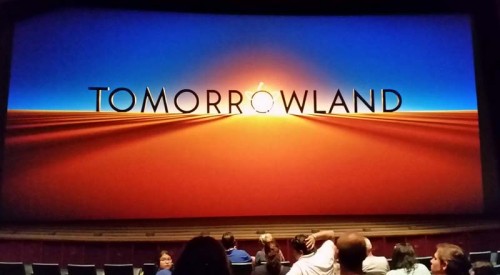 I can’t tell you much more than that, without massive spoilers. But I can tell you there are a couple scenes in the preview that take advantage of the in-theater effects that come with the Magic Eye Theatre. They’re absolutely fantastic. I don’t know if they could do the whole movie like that, but I am pretty sure I’d pay a bit more to experience it.

Can’t make it to EPCOT or Disneyland? No worries. Disney has released a slew of new preview videos for Tomorrowland. Check them out below:

First up are two Character profiles:

and a new trailer “Clues”