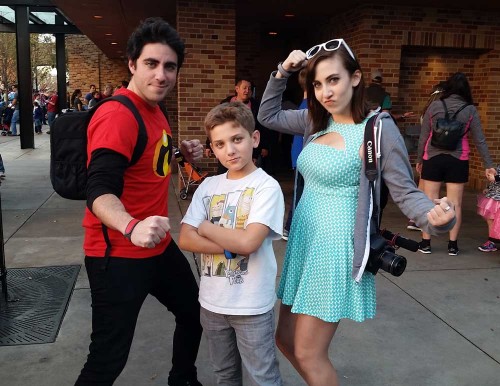 Disneybound is the name for dressing in outfits inspired by your favorite Disney characters. It’s not as complicated as Cosplay where you try and look exactly like character, so it’s more accessible to the average fan.

For someone who has never actually dressed Disneybound, I’m developing something of an obsession over it. I see other guests dressed in Disneybound style almost every trip to the park. In terms of over all numbers it’s still pretty rare, but it’s growing in popularity.

The latest video in the YouTube Creator Conference videos is a fun look at how Sarah Snitch and her boyfriend Leo Camacho visited four Disney parks in four different Disneybound outfits in one day. She also provides some great tips if you want to start your own Disneybound adventure.

We ran into Sarah and Leo while they were in Disney’s Hollywood Studios filming this video. It’s nice to see how it all turned out.

Have you ever gone Disneybound?