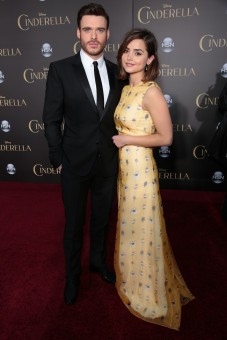 Richard Madden and Jenna Coleman arrive as the stars of DisneyÕs ÒCinderellaÓ stopped traffic at the World Premiere of Kenneth BranaghÕs breathtaking live-action feature at the legendary El Capitan Theatre on Hollywood Blvd, dazzling theatre-goerÕs and fans alike as they continued their tour around the world on Sunday March 1, 2015..
(Photo: Alex J. Berliner/ ABImages)