Luigi’s Flying Tires to close at DCA, Replacement due in 2016 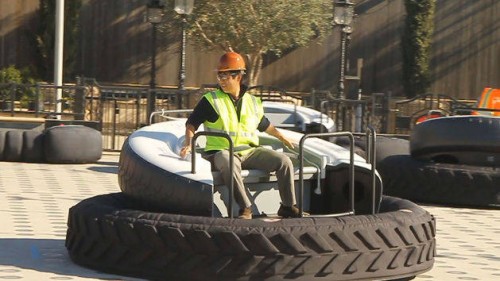 Some big news Disney California Adventure. One of the original Cars Land attractions is about to close forever and a new attraction will take it’s place. Luigi’s Flying Tires has been in operation since 2012 in the Casa della Tires location of Radiator Springs from Pixar’s Cars franchise. We just learned it’s official last day of operations will be February 16, 2015 and a new attraction will take its place in early 2016.

The concept of Luigi’s Flying Tires was essentially a giant game of air hockey. Guests rode around on tires elevated from puffs of air emanating from the surface. Steering occurred by leaning in one direction of another. And while it was a great concept, the ride system itself had many problems and didn’t quite live up to the level of guest satisfaction Disney shoots for in their attractions.

If this sounds familiar it’s because Disneyland tried this once before in the 1960s with its Tomorrowland Flying Saucers attraction. The flying saucers ride was open from August 6, 1961 to August 5,

Imagineers were excited to bring the ride back thinking that they had conquered the issues that caused the shuttering of the earlier incarnation. Alas, it appears that humans were never destined to ride giant air hockey pucks in theme parks. 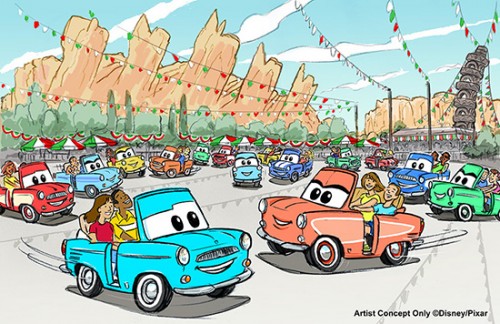 Based on concept art shared by Disney, the new ride system ditches the air-hockey system for something else. No word yet, on what that will be. But Disney promised it will be ‘Cars’ themed.

I’m sad that Luigi’s Flying Tires is closing before I ever got a chance to ride it. If you were lucky enough, what are your remembrances?