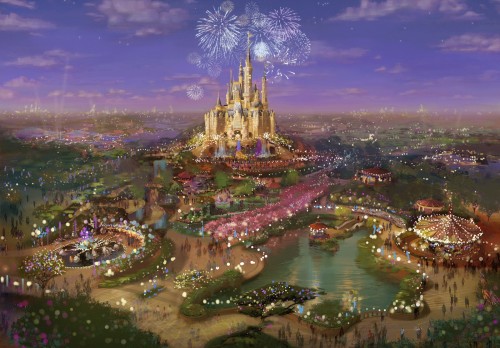 Disney recently announced the opening of Shanghai Disneyland would slip from late 2015 to mid-2016. The park will actually be bigger than originally planned and that extra construction is taking a little more time than expected.

For the first time ever, a Disney Park will be home to a Pirates-themed land — Treasure Cove — the center piece of which will be this E-Ticket attraction — Pirates of the Caribbean: Battle for the Sunken Treasure. The concept art is impressive.

And the scale of this scene is impressive too. Compare the size of those boats to what we can assume are normal size workers down below. 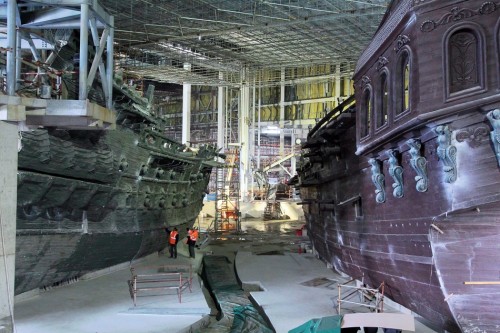 It’s interesting to note that this will be the first Pirates attraction based on the hit movies, instead of the other way around.

I can’t wait to see more, what about you?