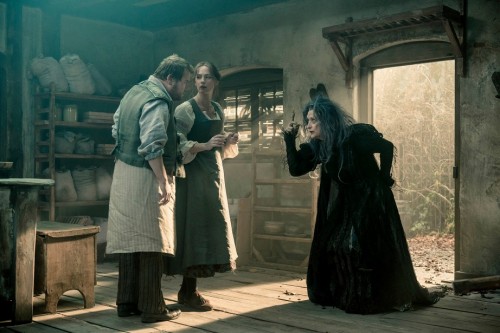 The events of the new Disney musical Into the Woods are set in motion when The Witch attempts to end a curse. She needs some very specific items to break the spell, but she can’t gather them herself. In this clip from the movie, the witch motivates the Baker and his wife to head into the woods to find those articles for her.

Meryl Streep tears through the role of The Witch and is great in the movie. The movie also stars Emily Blunt, James Corden, Anna Kendrick, Chris Pine and Johnny Depp. Into the Woods is a humorous and heartfelt musical, based on the original stage version from Stephen Sondheim, that follows the classic tales of Cinderella, Little Red Riding Hood, Jack and the Beanstalk, and Rapunzel—all tied together by an original story involving a Baker and his Wife, their wish to begin a family and their interaction with the Witch who has put a curse on them.

On December 25, 2014 you’ll find yourself wanting to go into the woods without delay yourself. Bring your whole family.