Walt Disney, a tribute to the man who started it all 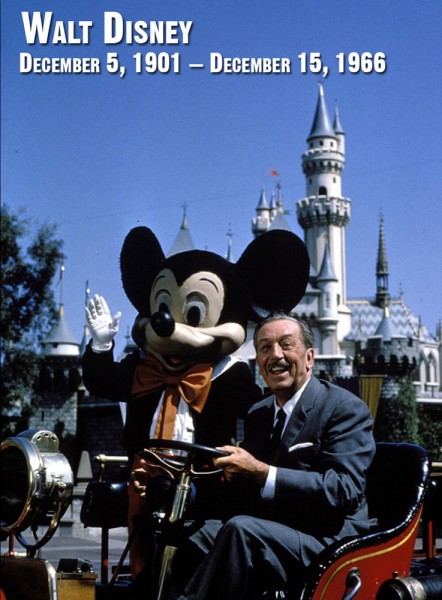 On this day in 1966 Walt Disney died in a Burbank hospital from complications related to lung cancer. His family lost a father and grandfather and the world lost a genius.

The photo above was taken in August of 1966, just a few months before his death. Behind him was a new Tomorrowland under construction and in his mind were the plans for EPCOT (what was to be come Walt Disney World), which he had just officially announced the prior year. There was a lot left for him to accomplish, but he left us far too early.

Late in his life, Walt’s favorite song was widely acknowledged to be “Feed the Birds” written by the Sherman brothers for his 1964 classic film Mary Poppins.

Take a moment and listen to this rendition by Ashley Brown, who originated the role of Mary Poppins on Broadway.

That aired on last night’s TV special celebrating 20 years of Disney on Broadway. I have to wonder what Walt would think of his masterpiece as a stage musical. There’s word that Disney Theatrical has been working on a stage version of Dumbo and The Jungle Book (the last animated film Walt Disney had input on).

Of course, there are any number of other changes the Walt Disney Company has gone through since Walt’s death. But at the core, it’s still about telling great stories, using innovative techniques, and the world’s most talented artists. For that course, we have Walt Disney to thank.

2 thoughts on “Walt Disney, a tribute to the man who started it all”