20,000 Leagues Under the Sea Nautilus at LEGO Ideas 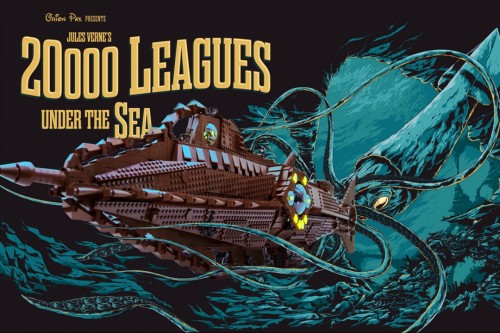 LEGO ideas is the website where you can go to vote on your favorite fan-created model builds. If a model gets enough votes, LEGO will actually make it into a set (assuming it can get the rights to it). Since LEGO does have a pretty extensive relationship with Disney, one would hope that this model of the Nautilus from Jules Verne’s 20,000 Leagues Under the Sea would be approved if it garners enough votes.

The design is, of course, based on the classic 1954 movie from Walt Disney pictures. It influenced so much of what has become steampunk ethic today. The Nautilus itself was designed by Harper Goff. 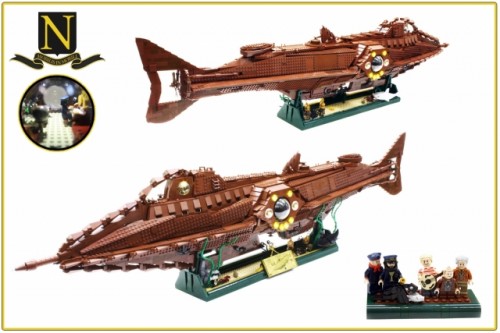 The model was designed by Alex Jones (aka Orion Pax), who kept it to scale. It’s about 4 feet and 7 inches long and 10 inches wide.

It needs to reach 10,000 votes to become a real thing. So get on over to the LEGO website and vote today!

2 thoughts on “20,000 Leagues Under the Sea Nautilus at LEGO Ideas”