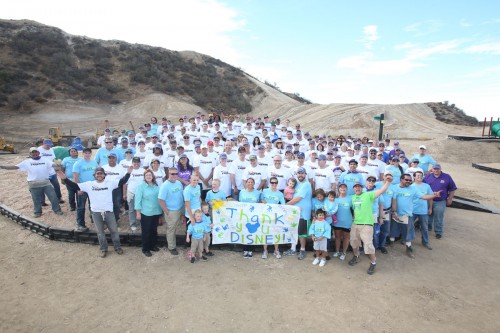 Also involved were Habitat for Humanity, organizes from KaBOOM!, and local residents. The playspace is located on a campus that houses veterans’ families and will hlep former service members make the transition to civilian life.

I like this time-lapse video of the playspace construction. Can you spot Disney CEO Bob Iger?

As KaBOOM! like to do, children who will play in the space were involved in designing the playground. What is your perfect idea of a play area for kids and their families?