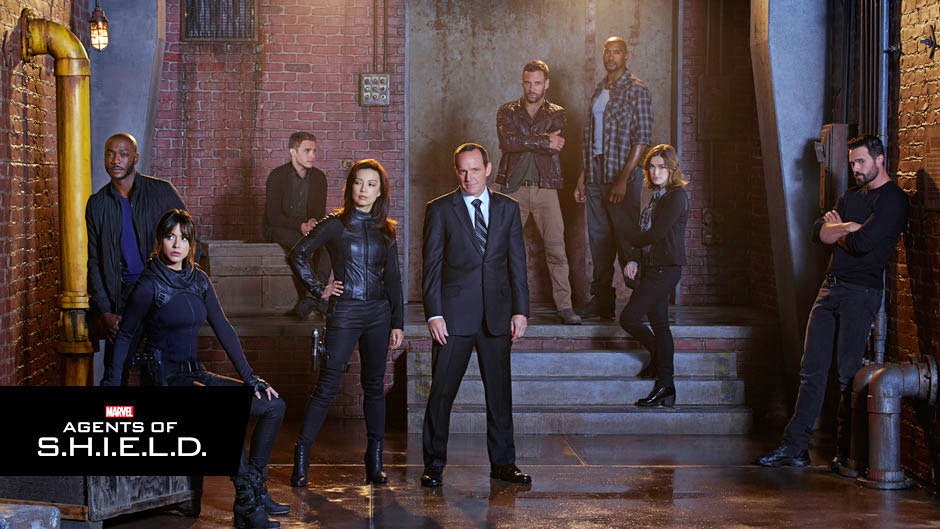 This week’s episode was a lot of fun.  While we may not be any closer to finding out the truth about the alien writings or Skye’s dad, we did get to see Coulson and May, the senior officers, show the rest of the team how the spy game is played.

The episode starts with little set up as Coulson and May go undercover to retrieve a painting that has the mysterious writing on the back. Skye, Tripp, Hunter and Fitz act as back up from the Bus, at least, until a computer virus threatens to blow it up.

When the two agents spot General Talbot at the party, they think that they’ve been compromised.  Coulson confronts Talbot to remind him of the uneasy alliance that they have. After Coulson leaves, Talbot makes a call to Dr. Whitehall giving us the impression that he is actually working for Hydra. 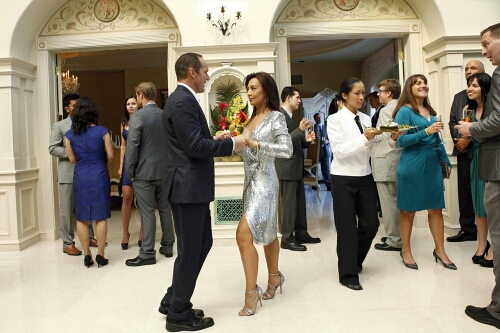 I was actually relieved when the face masking tech from Winter Soldier was revealed because having Talbot be Hydra felt forced to me.  Like in Once Upon A Time where every new character that is introduced has to already have some connection to Storybrooke or be a part of Henry’s ever-growing family tree. Not all antagonists need to be Hydra and I’m glad that Talbot is not.

I also really enjoyed watching May work, whether it was her undercover persona, which was unnervingly (and humorously) positive for everyone, including herself, or watching her fight…herself.

I’m glad we got to see the face masking tech again and that they took some time to show how it worked.

Ultimately, Face My Enemy didn’t further the main story arc too much, but we did get to see how strongly May cares for Coulson and how Fitz is continuing to try convince the others (and mostly himself) that he still plays an important role on the team.

Next week, we get our first glimpse of Bobbi Morse a.k.a. Mockingbird which should be good