The Hunchback of Notre Dame musical extends its run before the curtain even rises. 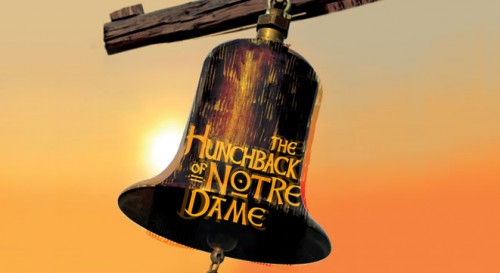 It doesn’t even open until October 26, but the U.S. Premiere of Disney’s The Hunchback of Notre Dame musical has had its performance extended by a week to December 14. The La Jolla Playhouse is hosting first American appearance of the musical in collaboration with Paper Mill Playhouse (where Disney’s Newsies originated) and Disney Theatrical Productions.

The new musical features a collaboration from two masters of American musical theatre, composer Alan Menken and lyricist Stephen Schwartz. The production will be directed by Scott Schwartz, Stephen’s son.

The stage version takes great story of the Victor Hugo novel, the Oscar-nominated score from the 1996 Disney animated feature and combines it with talent artists and technicians from the Playhouse including Choreographer Chase Brock, Scenic designer Alexander Dodge, and Costumes by Alejo Vietti.

The cast was just announced and it includes: Michael Arden as “Quasimodo,” Patrick Page as “Frollo,” Ciara Renee as “Esmeralda,” Andrew Samonsky as “Phoebus,” and Erick Liberman as “Clopin.” The acclaimed local choir SACRA/PROFANA will be featured as the show’s on-stage chorus.

“We are excited to welcome this knock-out company of local and national talent to the Playhouse – many of whom have delighted San Diego audiences for years,” said Christopher Ashley, Playhouse Artistic Director. “They will give full-throated life to Victor Hugo’s classic story of love, obsession and heroism as reimagined by this truly powerhouse creative team.”

That the performance has already been extended is probably a good sign. After the run a La Jolla Playhouse, the production will move east to Paper Mill Playhouse. The opening date for that production has not been announced.

I was a big fan of both Hunchback stage shows when they were in the parks at Disneyland and Disney-MGM Studios. The productions were very different, but either could have served as a seed for a Broadway production. There was also a European version of a stage musical based on the movie that we’ve been hoping would find it’s way to the US for a long time. The Playhouse musical is an original production, however. I hope it makes it to Broadway and then on tour. What about you?