A Taste of EPCOT International Food and Wine Festival 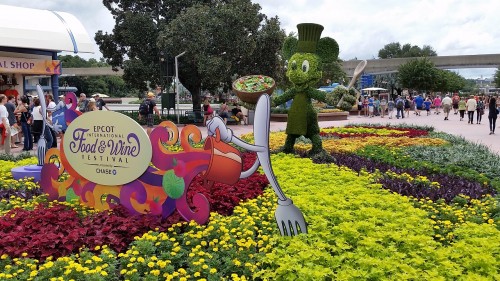 To kick off the 2014 EPCOT International Food and Wine Festival local media were invited to taste a few of the new selections and have the chance to meet some of the chef’s and brands involved in the festival. Executive Chef Jens Dahlmann gave the following welcoming speech sharing a little history of the event and describing not only the food we were about to sample, but the new marketplaces as well.

I was able to taste a number of the new small bites available at this year’s event. It was hard to pick a favorite, they were all so good, but there were definitely a few surprises.

My first dish was a Seared Sea Scallop served with a spinach-cheddar gratin and crispy bacon topping. It was tender and as delicious as it looks. The spinach gratin melted in the mouth and paired wonderfully with the sea scallop. It an be found in the Scotland Marketplace this year. Up next was a plate that had me a little worried, but it was all for not. The CraB’less CraB Cake with pepper slaw and cajun remoulade was the star of the show. Made with Gardein ‘chicken’ product, tofu, and spices, the dish is completely vegan. While the taste and texture evoked the perfect crab cake, it also stood well on its own. The remoulade put it over the top. Served in Terra, which is a must try even if you’re a meat eater. 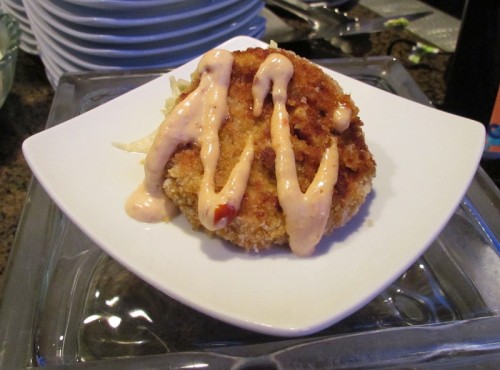 The Pepper Bacon Hash was created with a mix of sweet corn, potatoes, hollandaise whip, and pickled jalapeno. A great mix of flavors you could probably pull off at home. Find it in Farm Fresh or just follow your nose to the bacon smell. 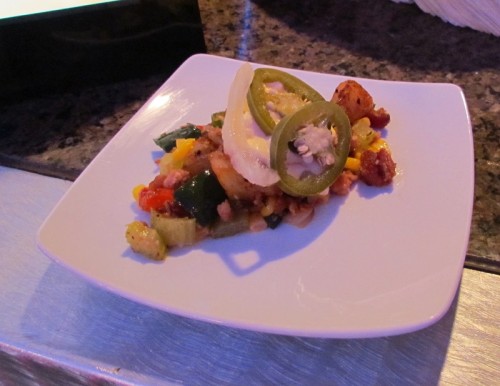 Carne Guisada con Arroz Blanco was the only dish I didn’t return to for seconds. Slow braised beef with Puerto Rican grown rice, and a light tomato and olives sauce. I just didn’t like the way the tastes combined. However, if Puerto Rican flavors are your thing, this may be wonderful for you. 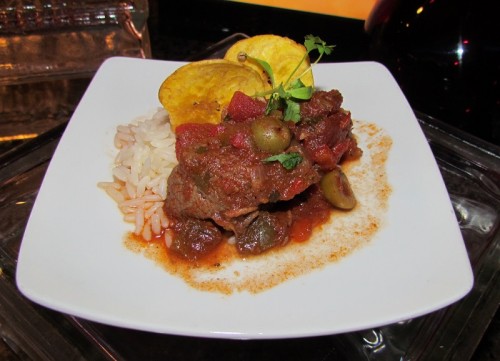 Tomorrow we’ll review some of the new adult beverages at this year’s festival and don’t miss our previous coverage of these chocolate sculptures completed by Disney’s best pastry chefs.