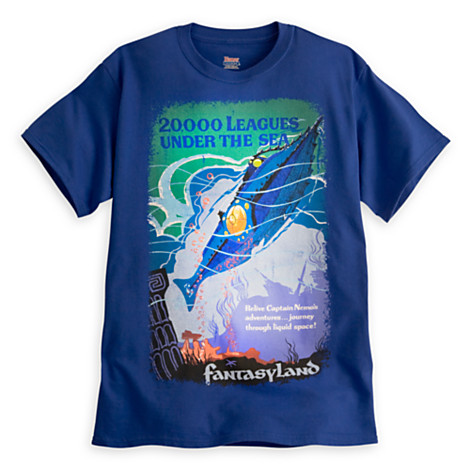 Guests at Magic Kingdom could once step aboard the submarine Nautilus and relive Captain Nemo’s adventures through liquid space in the 20,000 Leagues Under the Sea attraction. Guests at Disneyland were treated to the 1959 classic Submarine Voyage which featured it’s own special adventure. Now Disney Store has created two limited time t-shirts that features the classic attraction poster art from both parks.

The Disneyland poster was created by the great Sam McKim in 1959, while the original Magic Kingdom poster art was from Richard Hebner in 1971. I love to see how Hebner so clearly drew inspiration from McKim’s original poster. 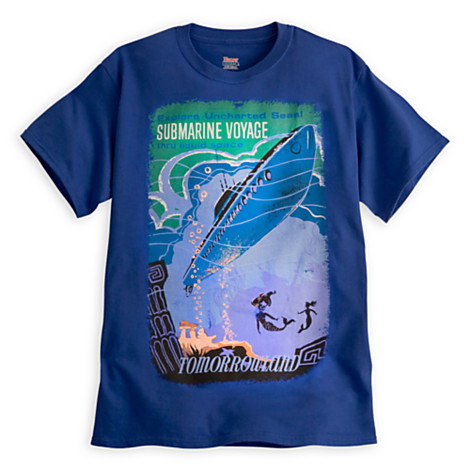 I’m sad I never was able to ride the Magic Kingdom version, by the time I first arrived it was already being used as a meet and greet area for Pooh and his friends while the subs went on a “temporary hiatus” from which they never returned. But the original Submarine Voyage at Disneyland was one of my favorites and I was on the very last voyage for guests before it closed.

It’s hard to choose which one I like better Submarine Voyage or 20,000 Leauges Under the Sea? Might have to get both. Will you add one or both to your closet?