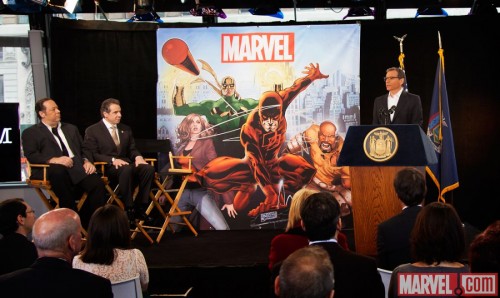 There’s been a lot of talk surrounding Marvel’s Cinematic Universe lately. Disney and Marvel just released the official plot for “Avengers: Age of Ultron,” “Guardians of the Galaxy” has become the highest grossing film of the year and, despite being knocked down to third last week in the box office, is still breaking records and we are less than a week away from the Season 2 premiere of Agents of S.H.I.E.L.D. But there is one side of the MCU that isn’t getting talked about as much, though I think that’s about to change.

Months ago, Marvel made a huge deal with Netflix for multiple original series which will culminate with a new team of heroes forming, The Defenders. “Daredevil” will begin streaming next year, but, if you find yourself at New York’s Comic Con this year, you’ll be in for a treat.

Both Agents of S.H.I.E.L.D. and Daredevil will have a presence this year. Attendees will get to watch the latest AoS episode before it airs on ABC, but I think the real treat is that this will be the first time that we get to see the whole cast of Daredevil assembled together. Showrunner, Steve DeKnight will also be there with Charlie Cox (who plays Daredevil) and the rest of the cast to finally answer fans questions about the new show. 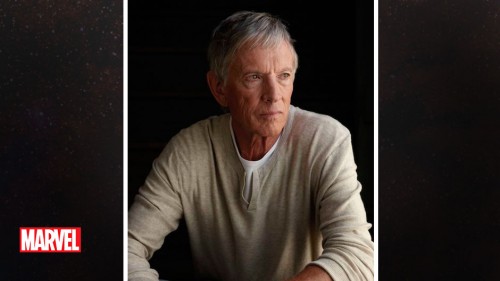 Until then, Marvel is slowly revealing more casting from the show. Scott Glenn (The Bourne Ultimatum, The Silence of the Lambs) has been cast as Stick, a martial arts master and mentor of Matt Murdock.

“Stick is one of the most important figures in Matt Murdock’s life and Scott Glenn embodies all the qualities of someone so integral to this hero’s journey,” said Jeph Loeb, who heads up Marvel Television and, seeing online reaction to the casting announcement, fans seem to agree with him.

Are you looking forward to the Daredevil show?