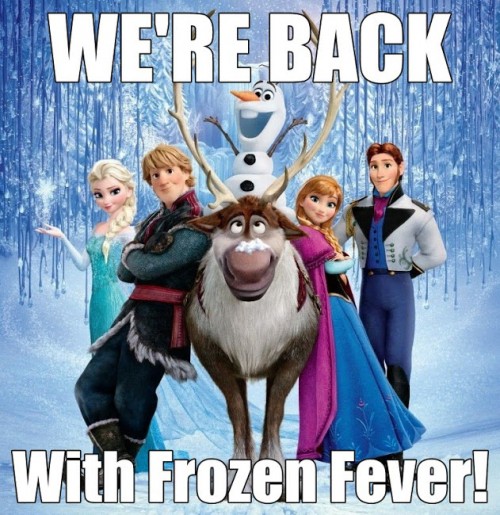 During last night’s ABC Television Network special “The Story of Frozen: Making an Animated Classic,” big news was made when Disney announced a new animated short set in the world of Disney’s Frozen. “Frozen Fever” will welcome back to the big screen Anna, Elsa, Kristoff, and, of course, the one-and-only magical snowman Olaf.

In “Frozen Fever,” it’s Anna’s birthday and Elsa and Kristoff are determined to give her the best celebration ever, but Elsa’s icy powers may put more than just the party at risk.

The short debuts Spring 2015, likely in front of Cinderella on March 13th, although that’s not official.