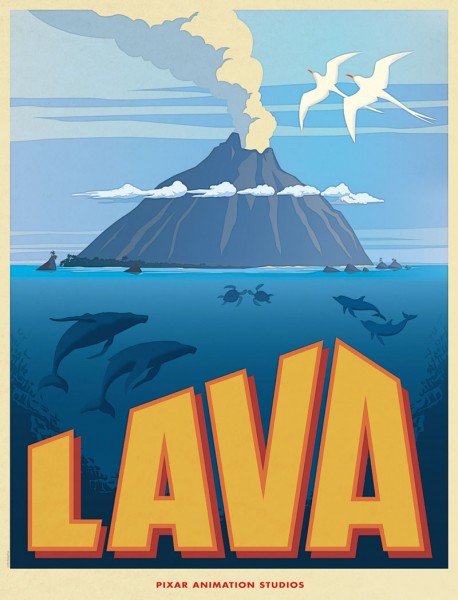 Pixar’s next animated short “Lava” is inspired by the beauty of tropical islands and the explosive allure of ocean volcanoes. This very charming first clip from the short features a small portion of a musical love story that will take place over millions of years.

It’s not a lot of the film, but this glimpse is still great. The clouds there and the galaxy spinning in the sky is fantastic.

“Lava” is directed by James Ford Murphy and produced by Andrea Warren. It will open in 2015 in front “Inside Out.”

What do you think so far?